I had watched his video “Cruel To Be Kind” for years.
I had listened to his album “Labor of Lust” as well for years.

Finally, after so many years, I was able to meet Nick Lowe

in person on and at the following two locations only:

The below 3 albums were signed on October 2, 2007 at Sunset Blvd club Safari Sam’s.
Everything else was signed at The Grammy Museum on August 16, 2011. 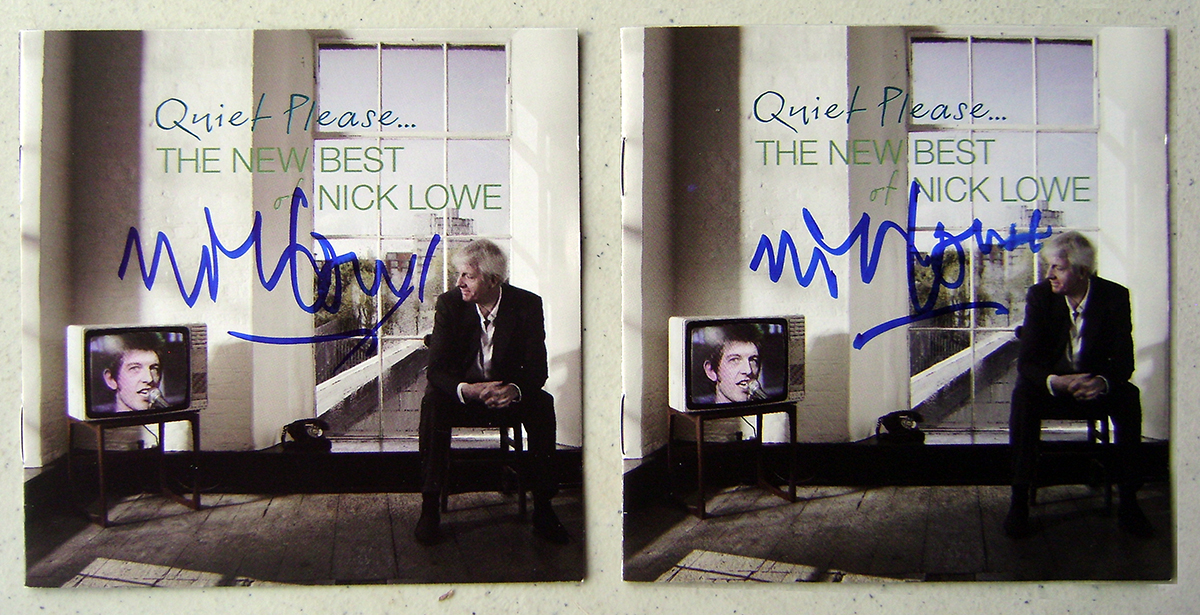 Personally inscribed and signed, The Grammy Museum program
by Nick Lowe on August 16, 2011. 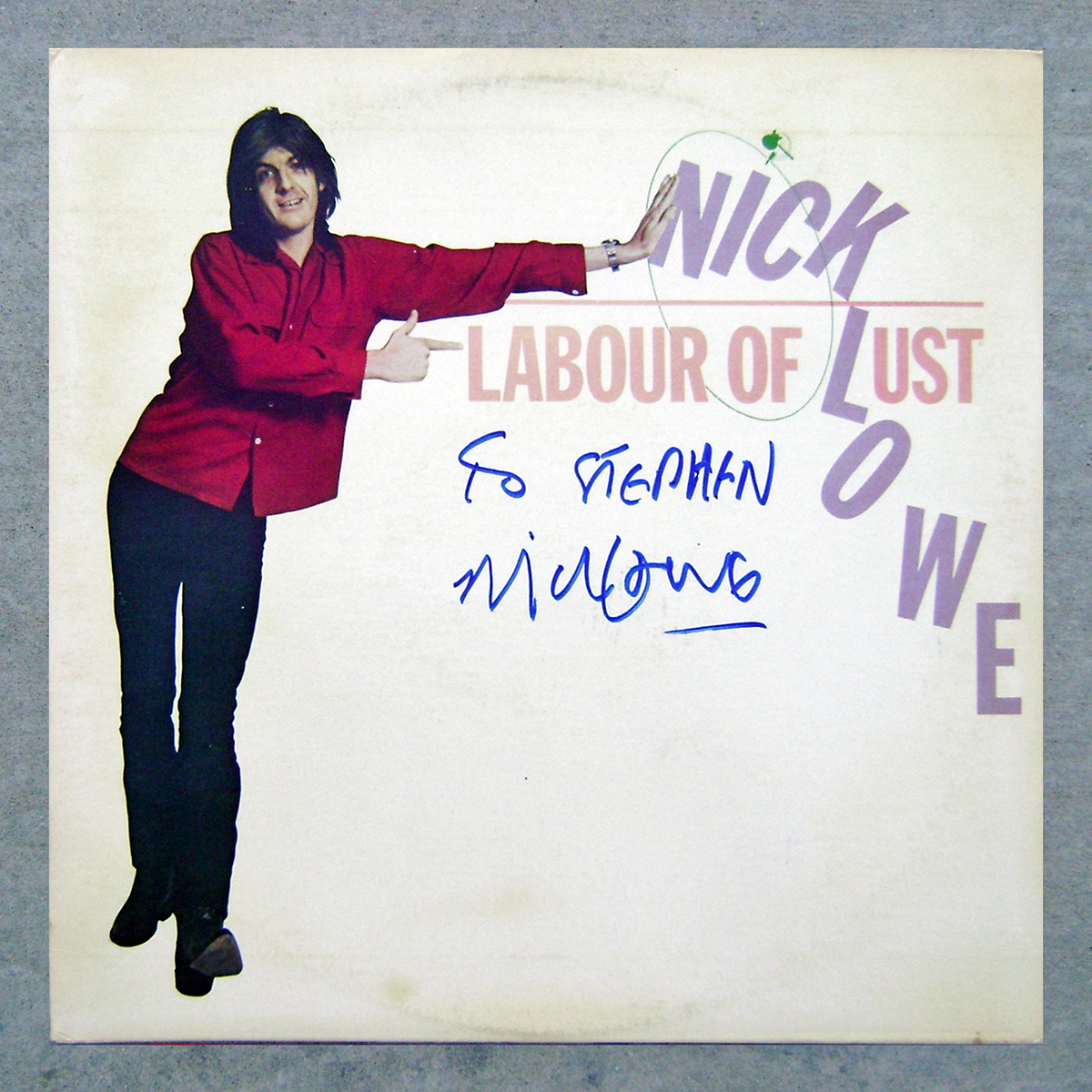 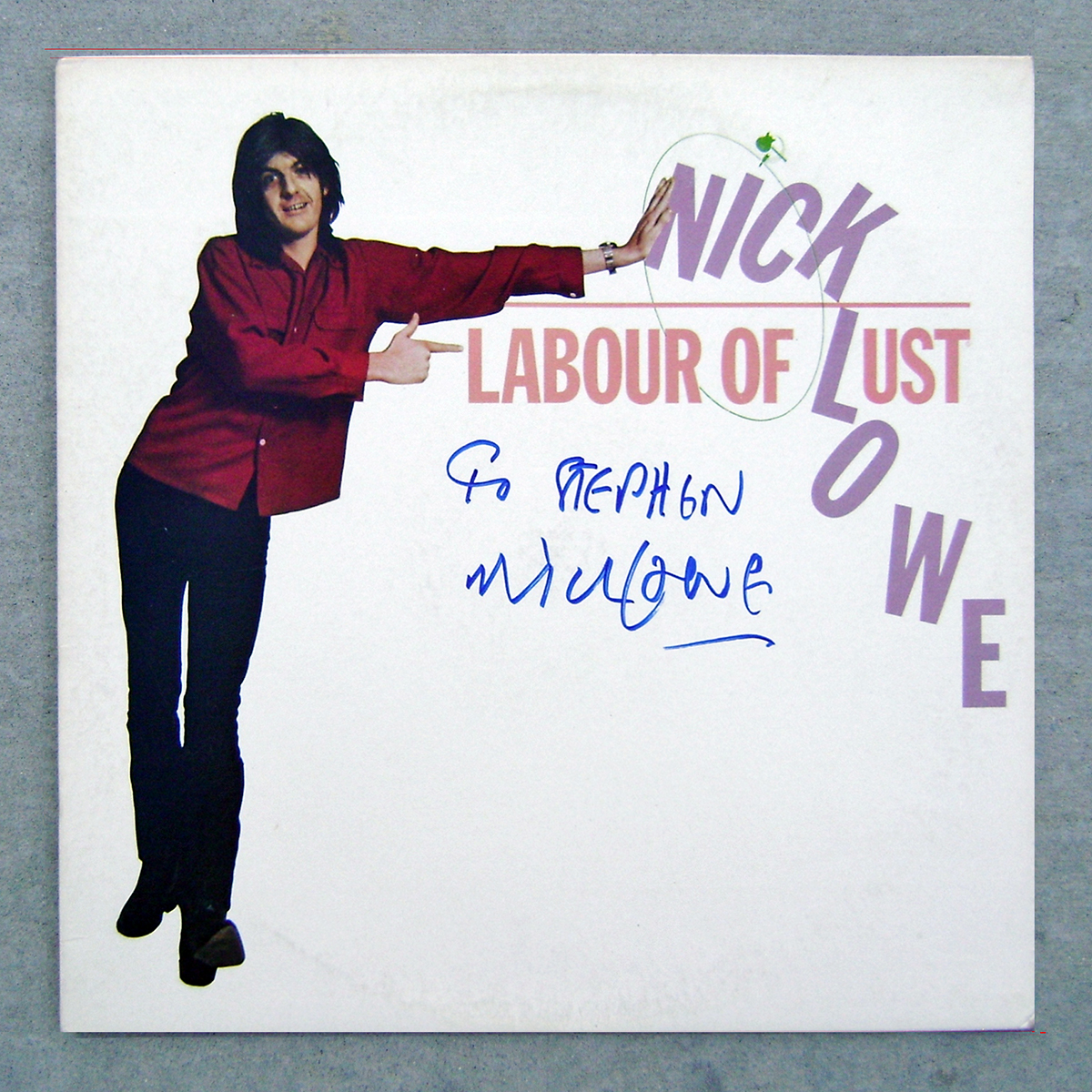 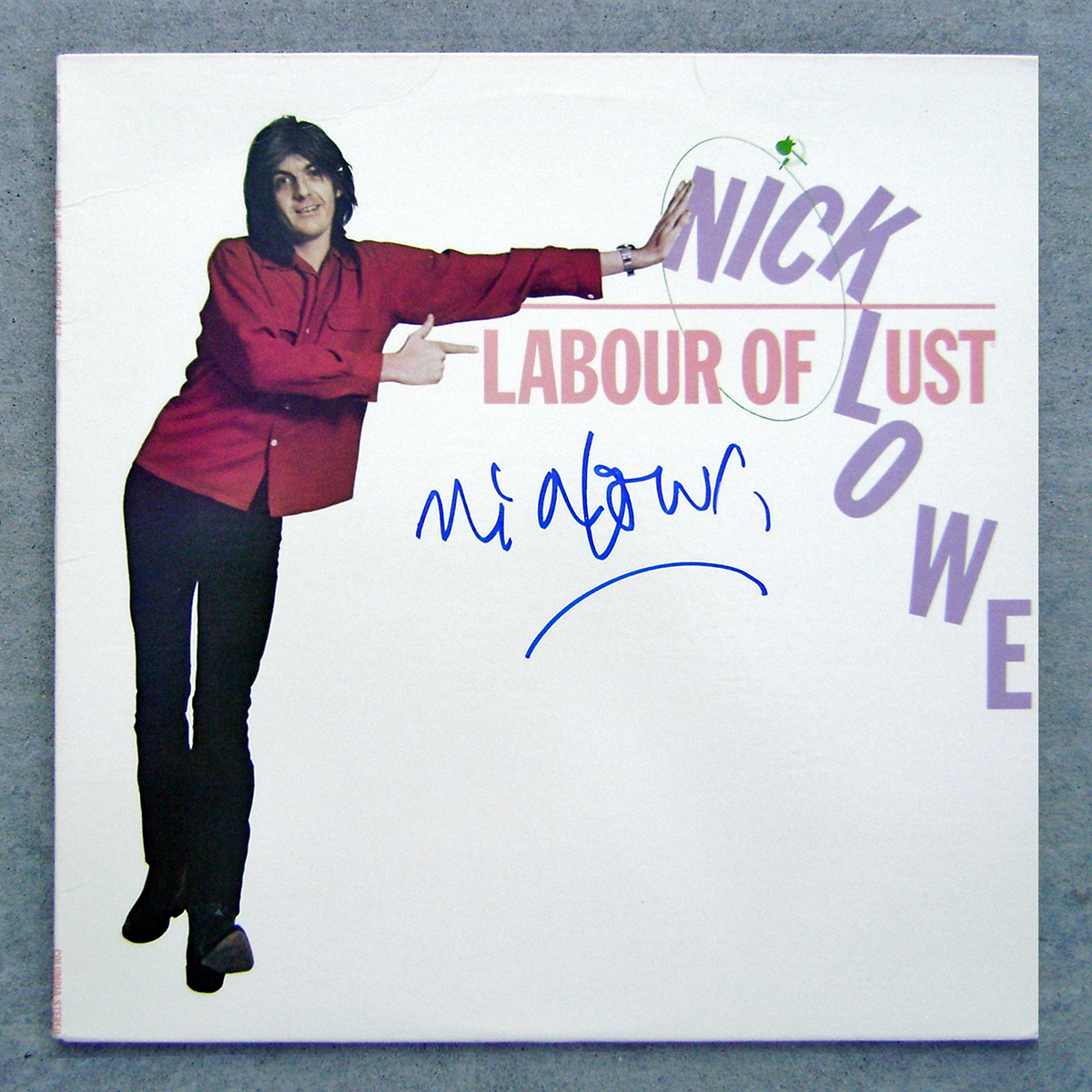 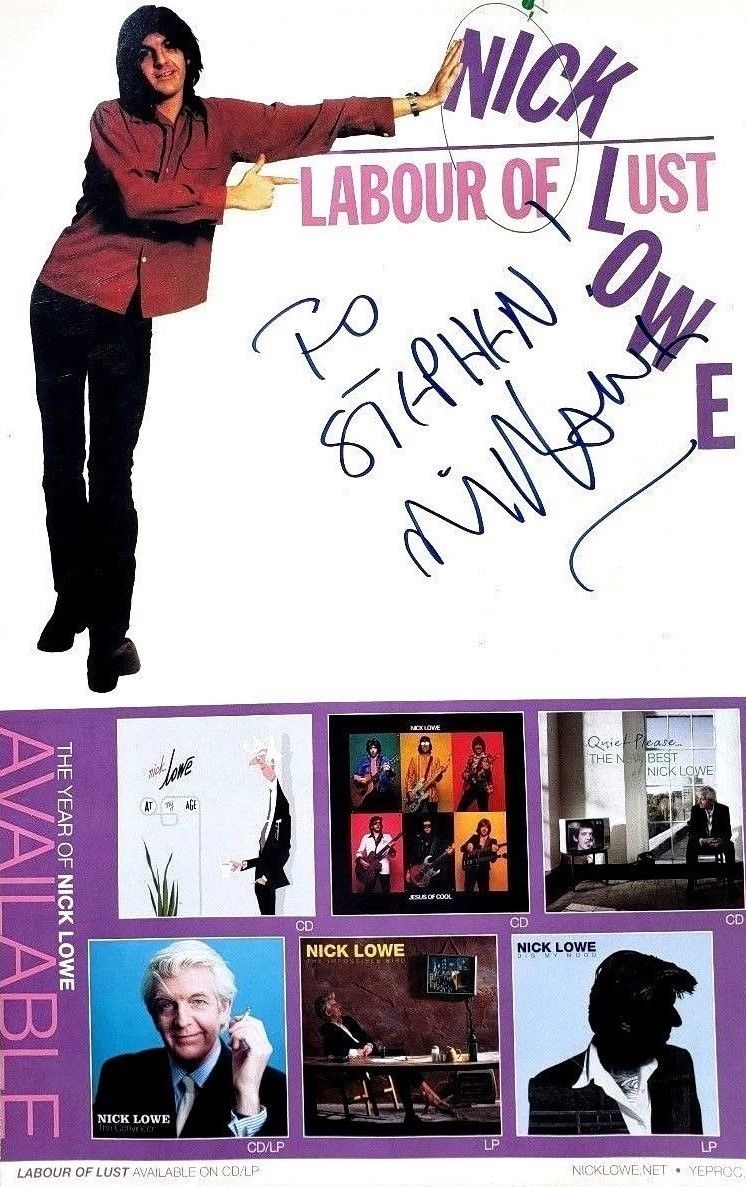