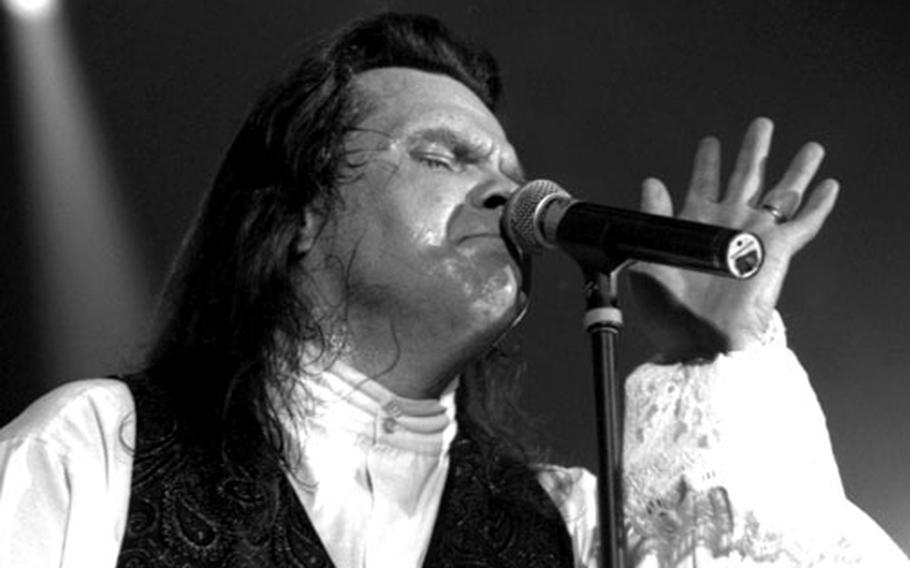 Rest in Peace you beautiful, humorous, talented, and gifted man.

I am highly embarrassed to admit the following, however

I have never seen Meatloaf in concert, ever.

The only time I ever met this very talented and beautiful man is on May 3, 2019 in Dallas at:

ALL AUTOGRAPHS on this page, including a very special one at the very bottom, were signed in person 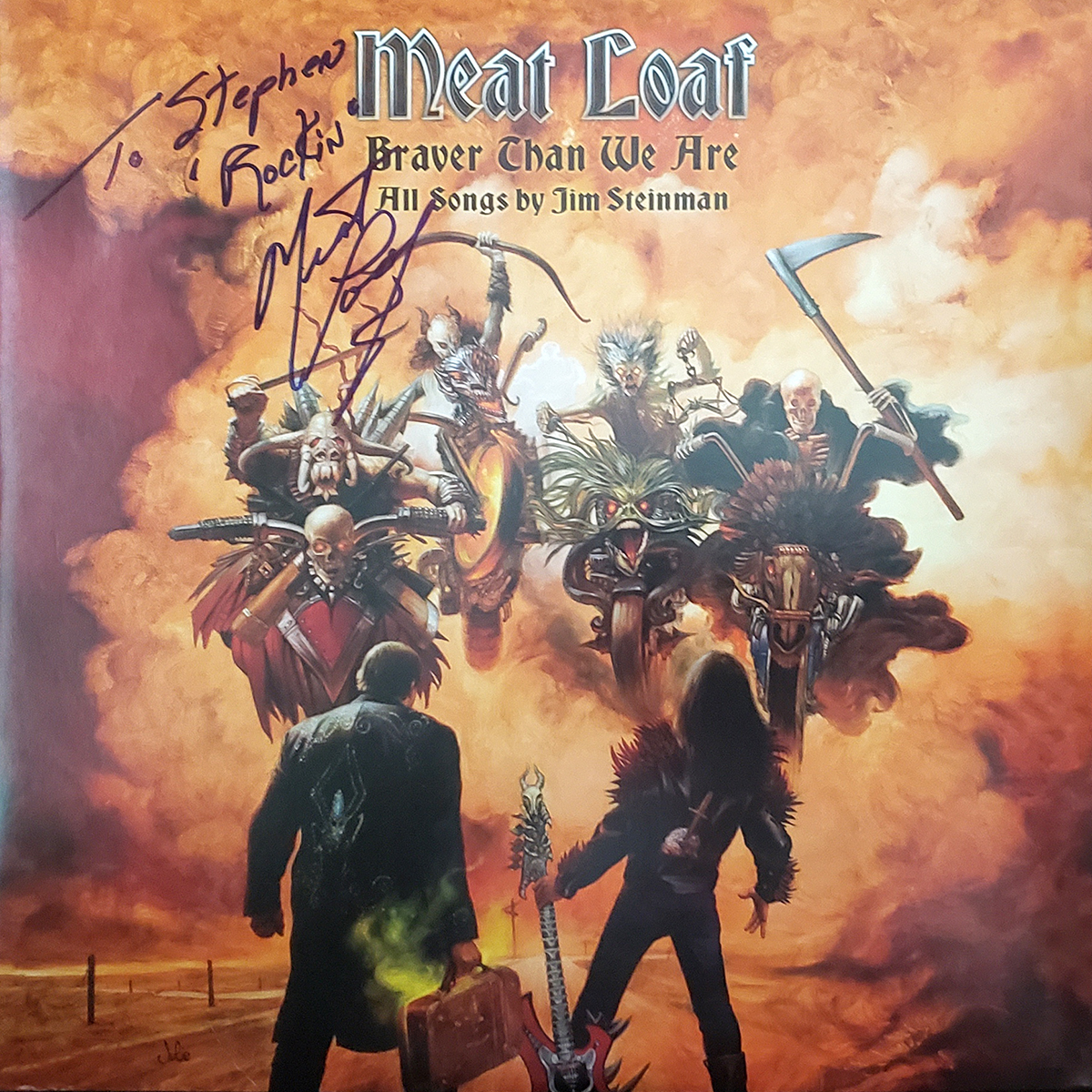 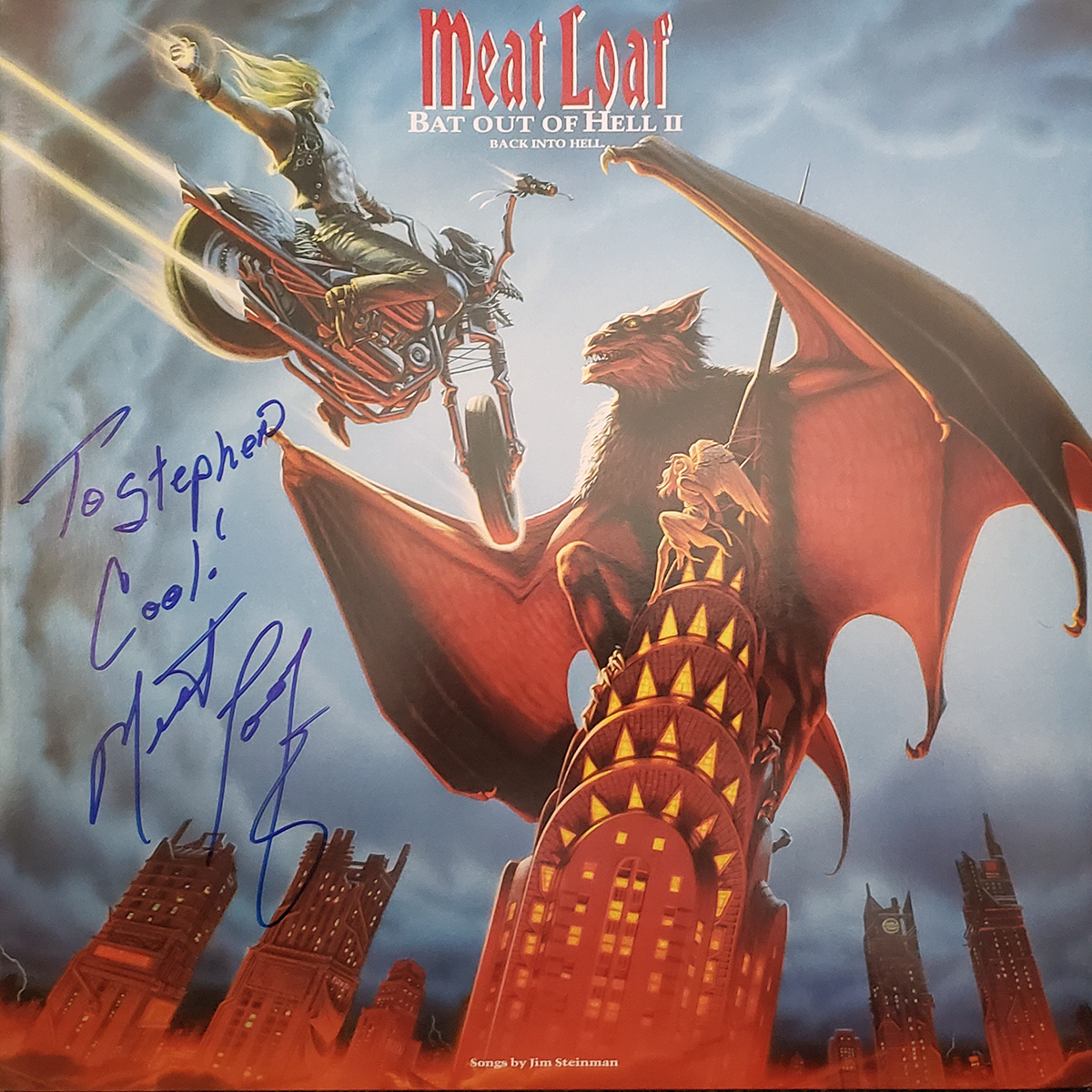 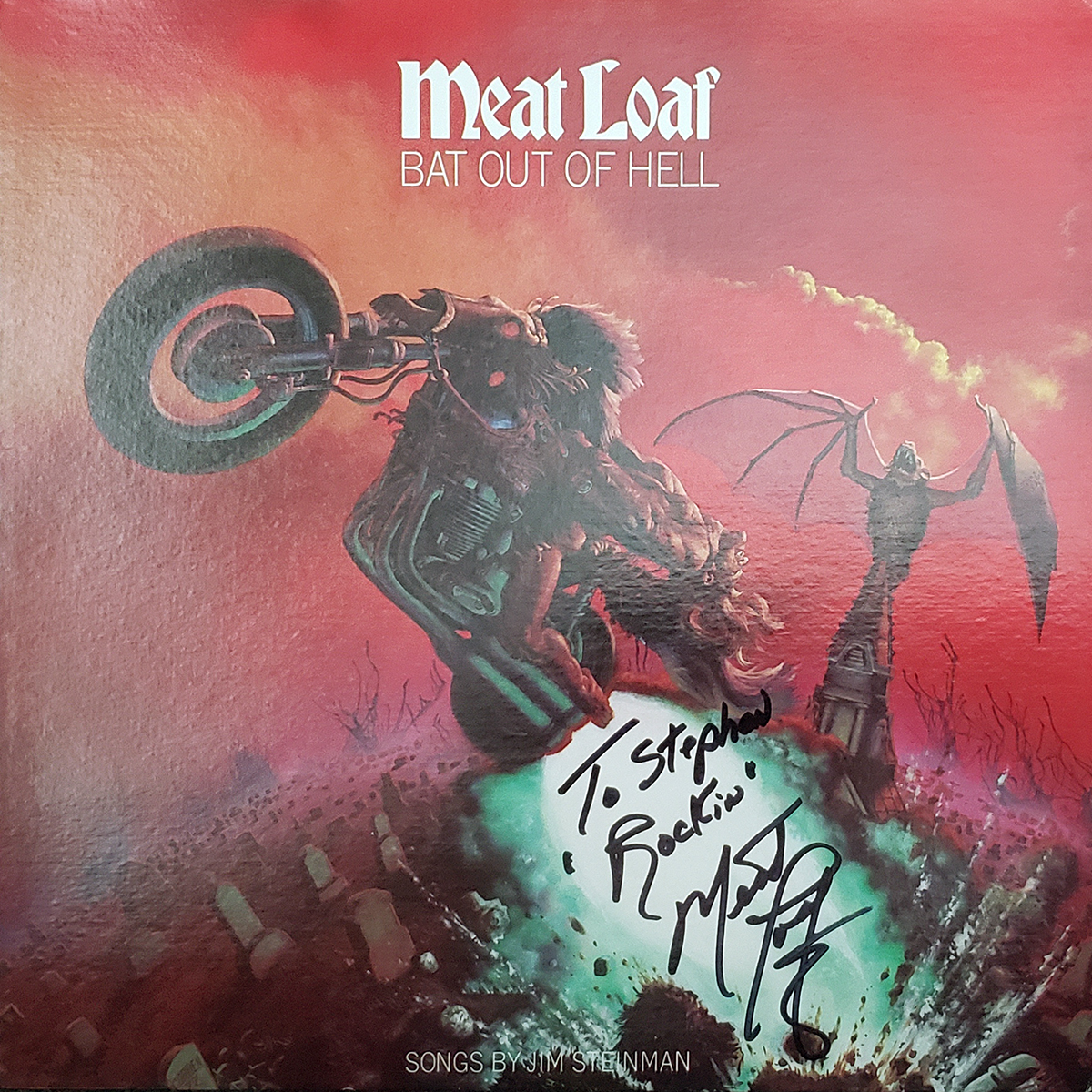 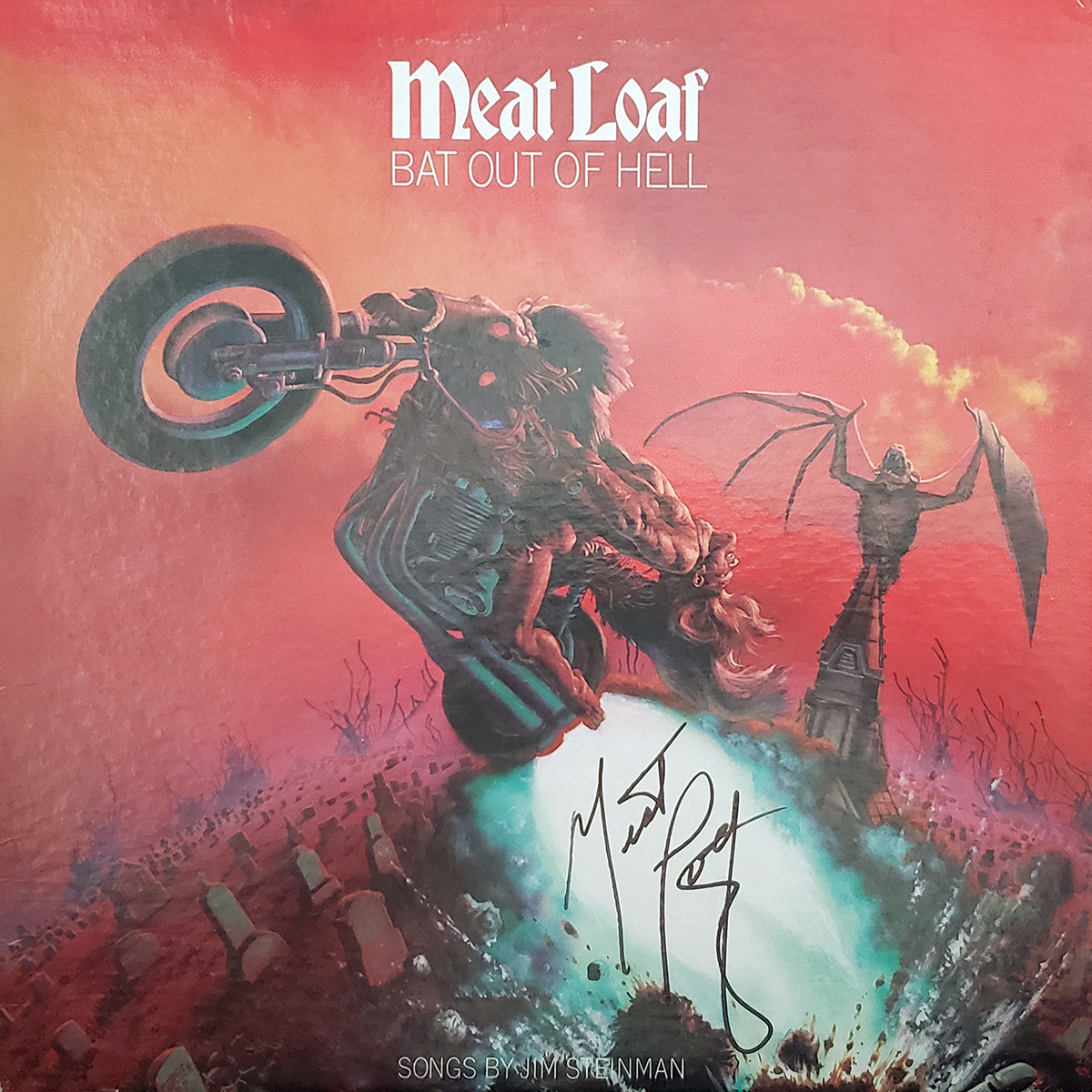 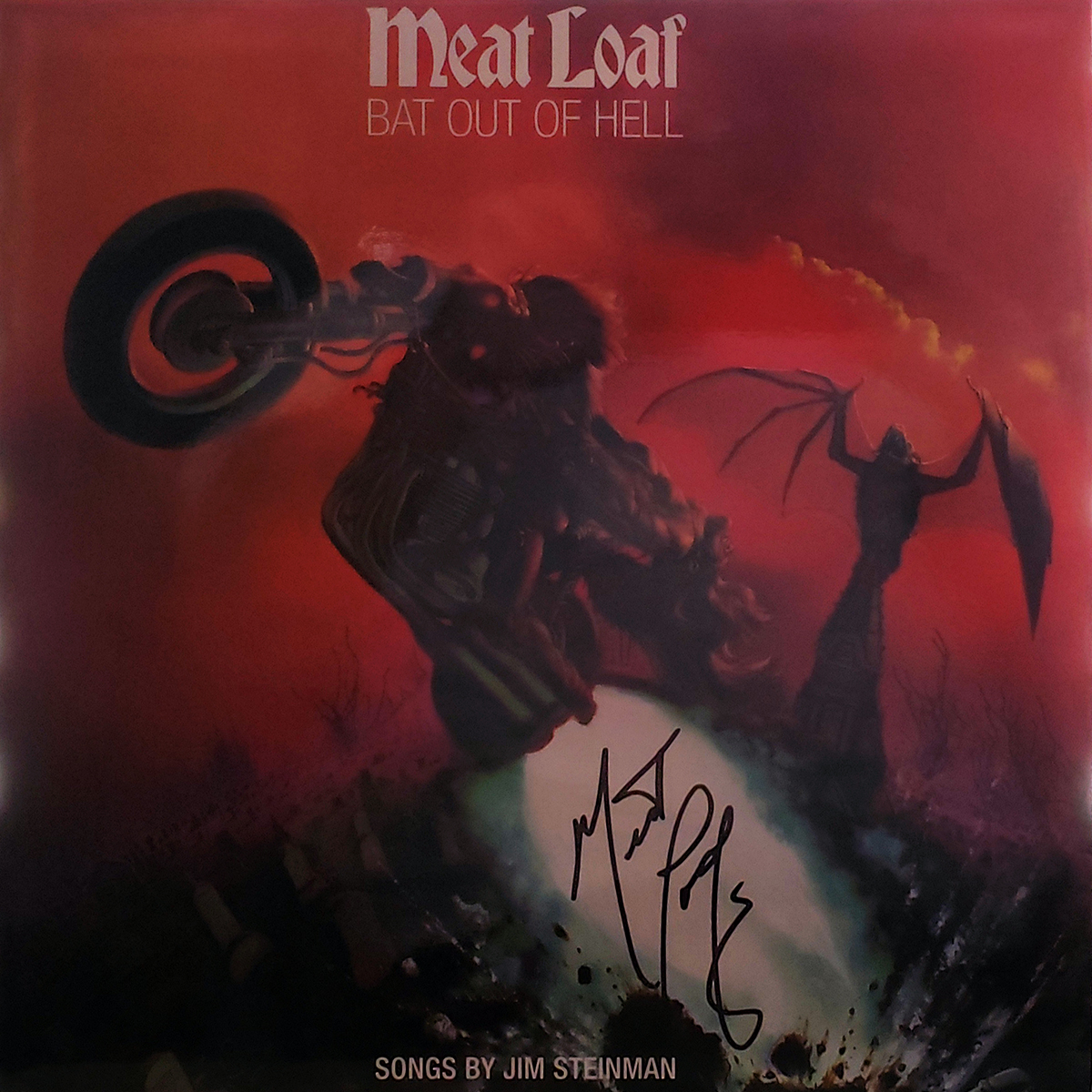 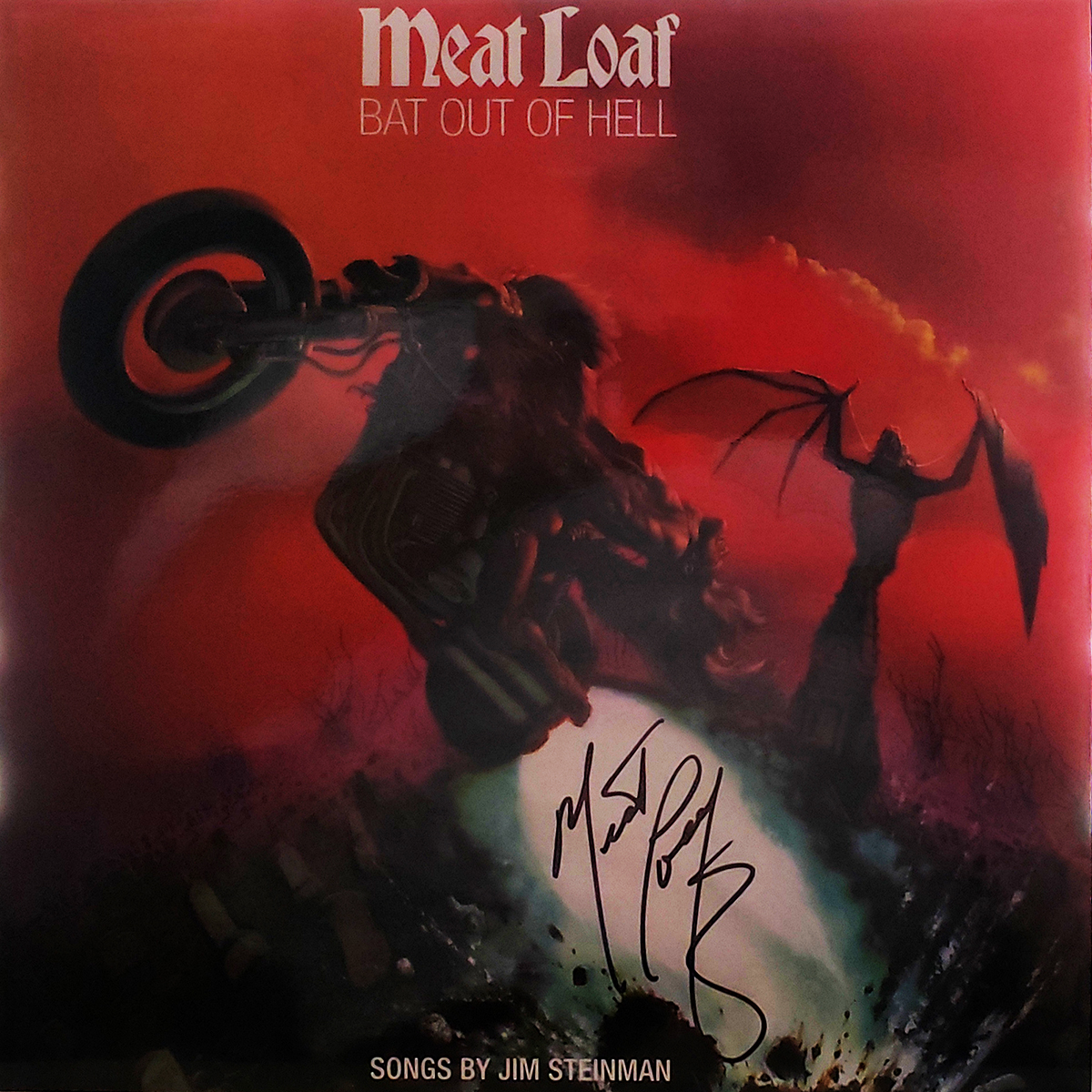 The above albums were all signed by Meat Loaf

After signing in and registering at this convention, I made my way to the autograph line of Meatloaf along with my items, eager to finally meet this man that I was first introduced to on the radio in and from The Rocky Horror Picture Show, both during the mid 1970’s.

As expected, the man had a rather large line of about 90+ people ahead of me, and continued to grow throughout the night. Though there were no photos to be taken from the line (though I and others were “sneaking” a few) there was a helper there to take a multiple of photos with each fans camera as they sat at the table with Meatloaf, getting for a price of $60.00 each, their items signed. 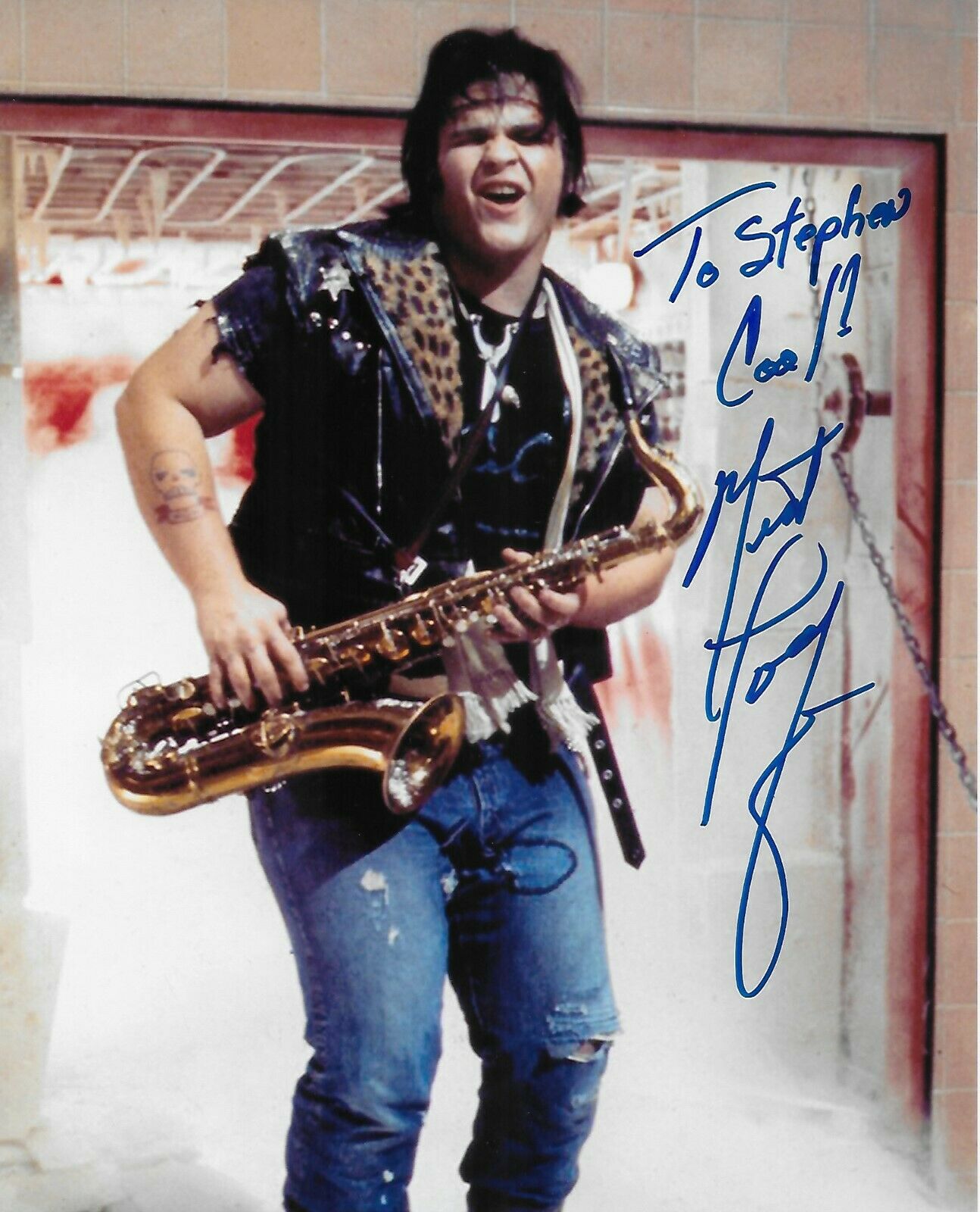 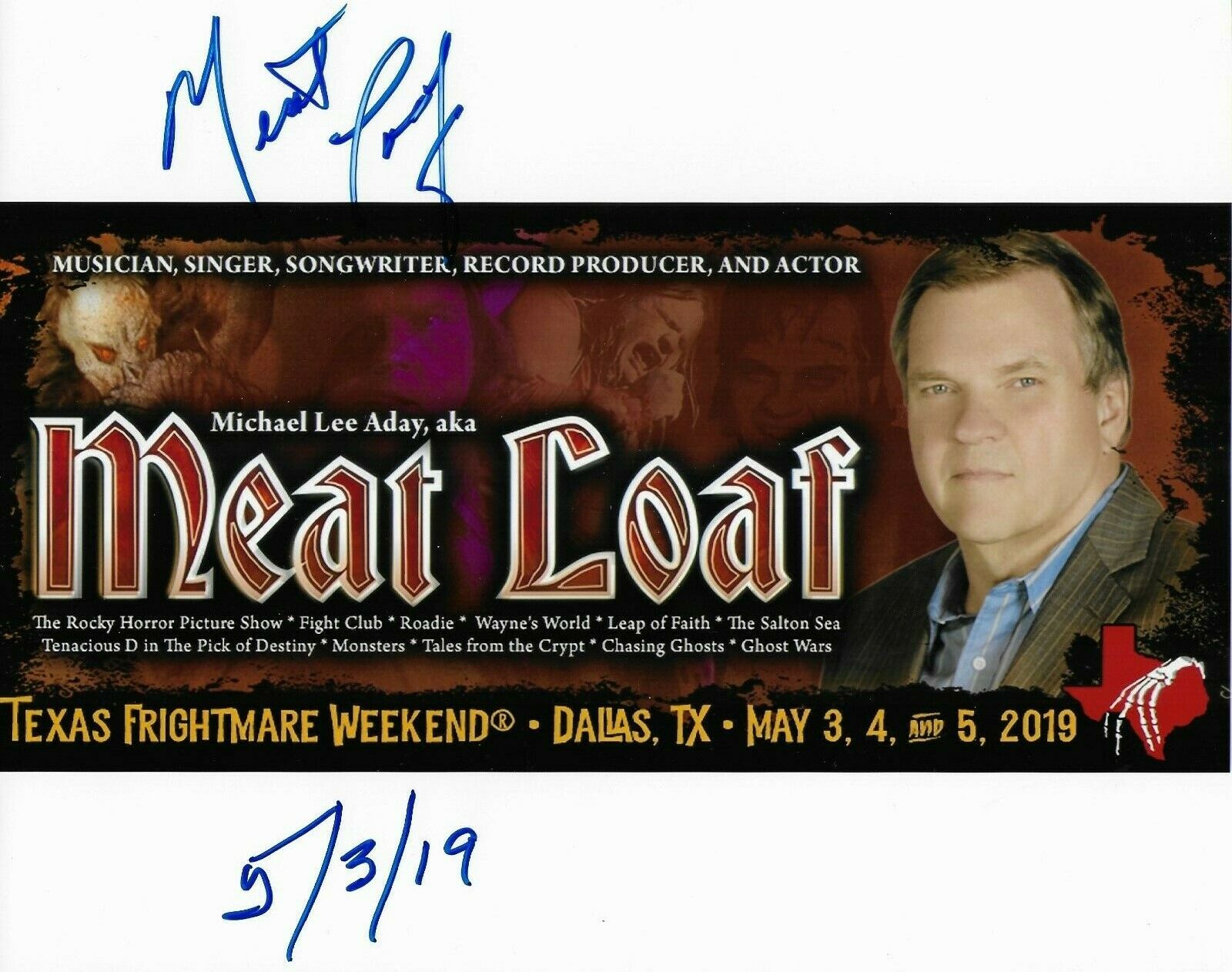 The above two photos were obtain at the same Meet & Greet convention as were the albums. 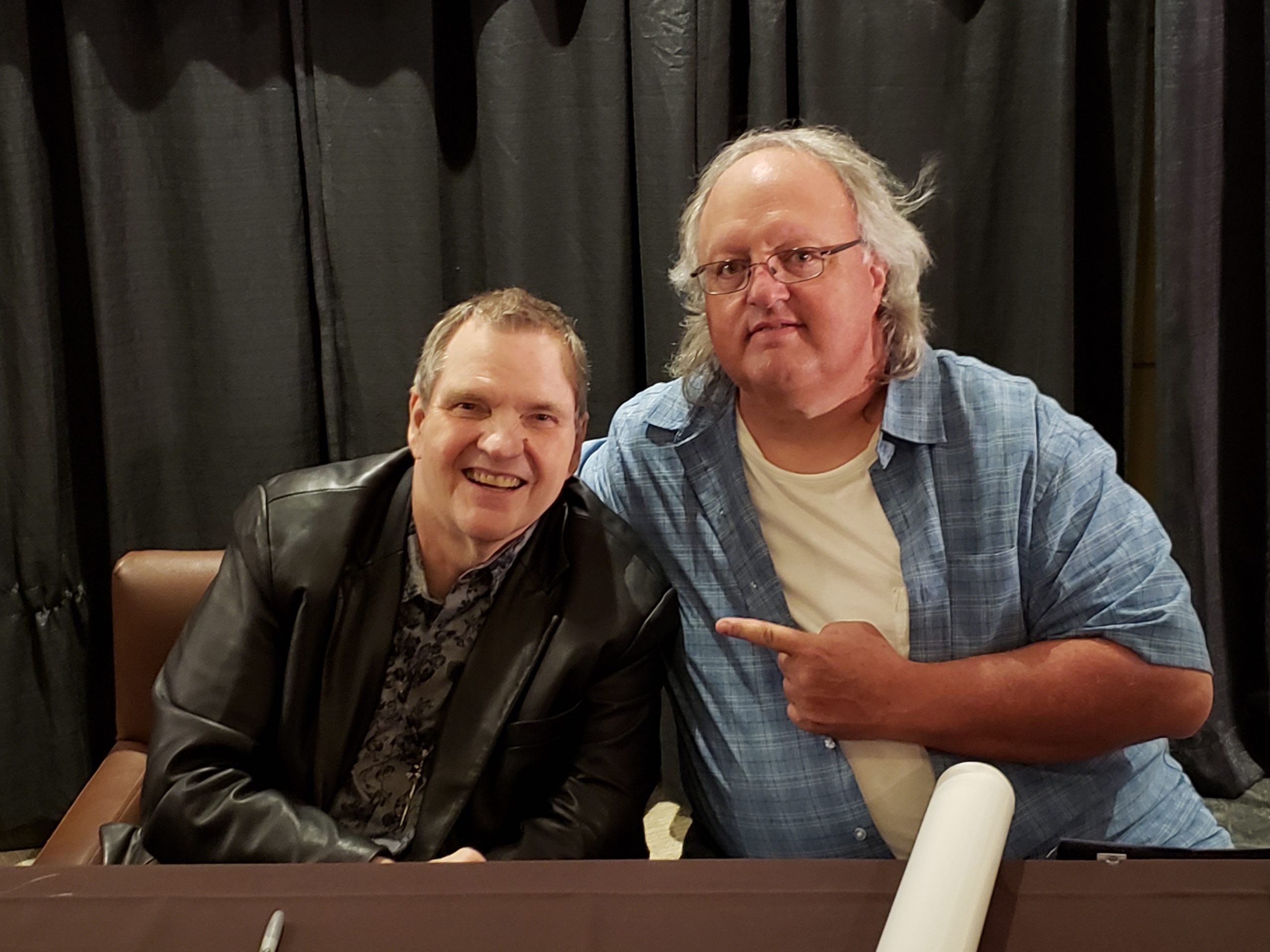 Hanging with Meatloaf in Dallas, Texas (and getting a few items signed).

At the same convention as Meatloaf above, was

one of my all time favorite actors: Lee Majors.

The following Lee Majors signed items were obtains in Texas on May 3, 2019: 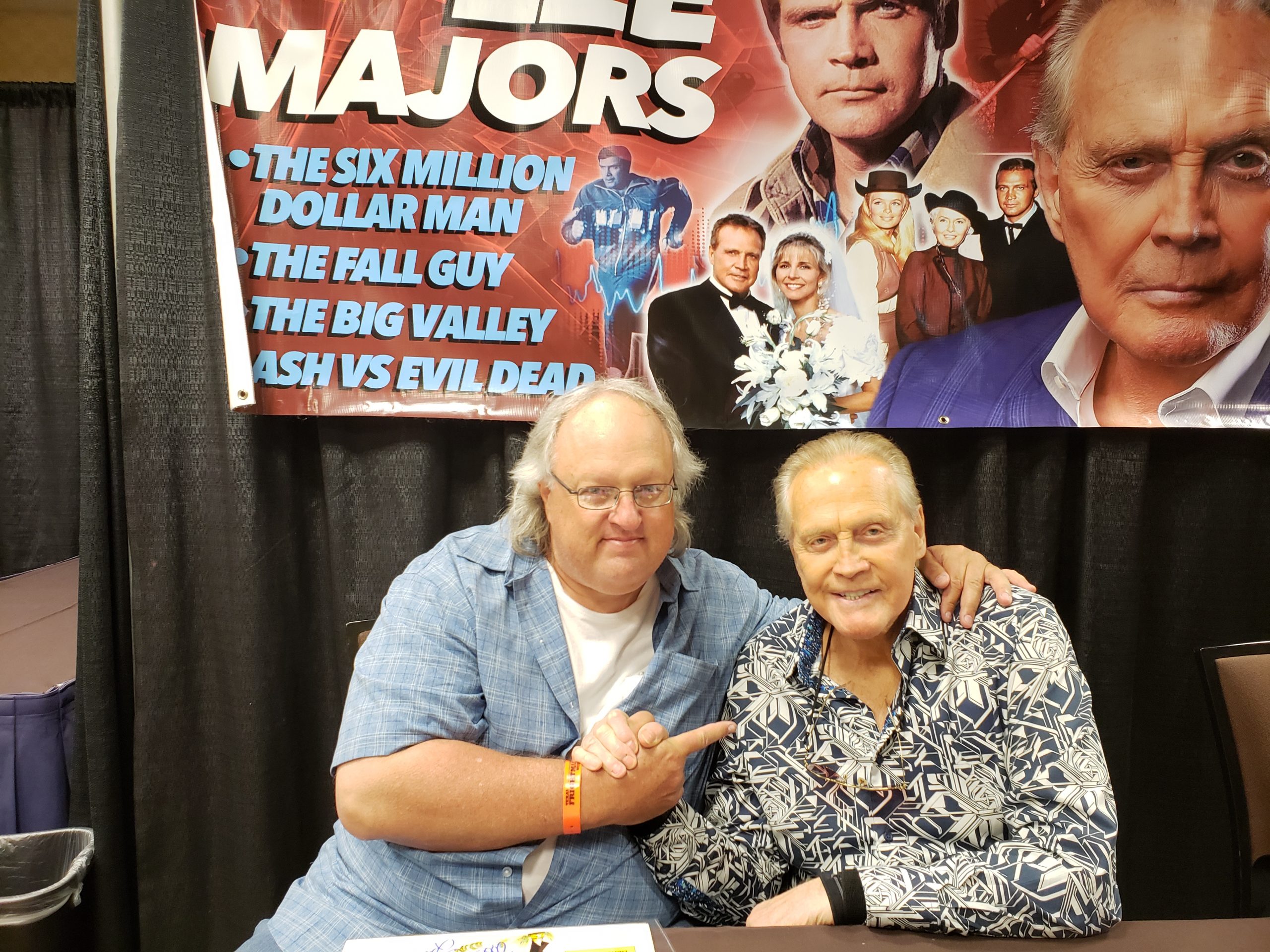 one of my favorite actors ever. 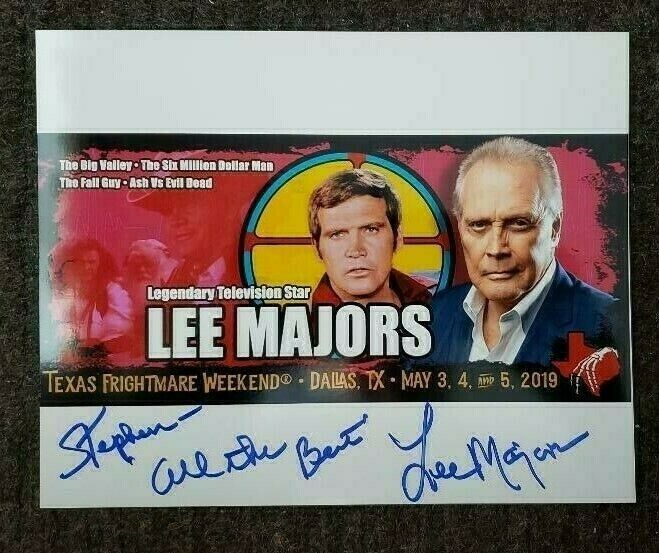 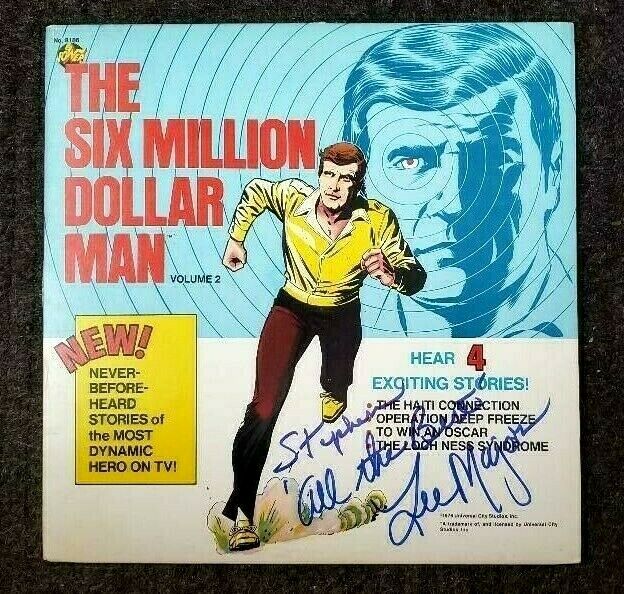 Not at all that these signatures were by any means “FREE”, however,

I consider them a pure free-bie as it was the above Meatloaf that I went to get.

I was indeed very lucky that Lee Majors was signing at the same convention.