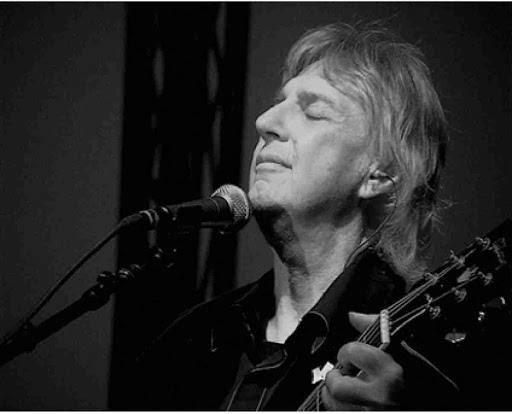 in concert when they really were 3 Dog Night.

and/or subsequent concerts of both Danny Hutton and Cory Wells.

It also is a story of absolute complete disappointment and what could of been. 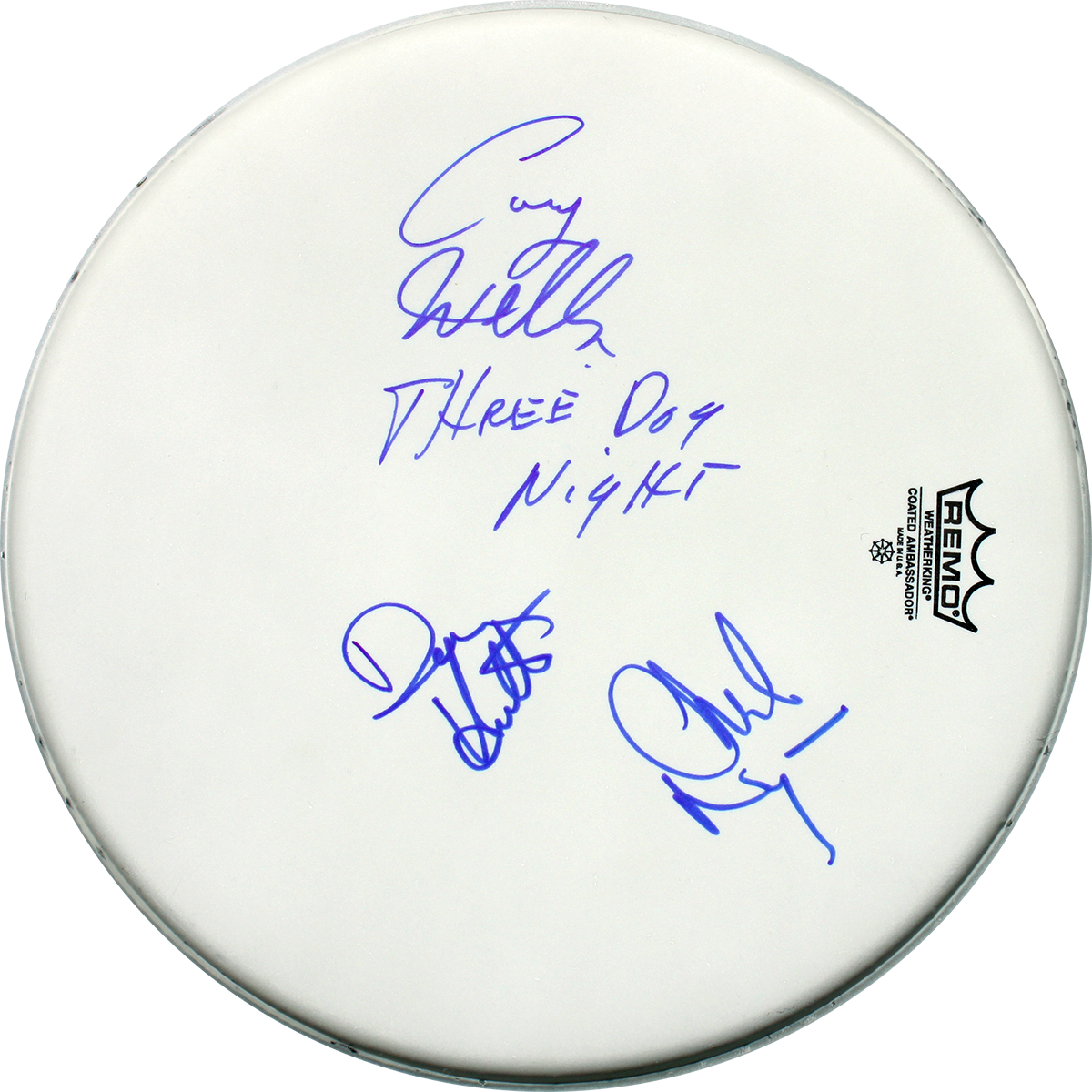 Sadly, but very THANKFULLY, this is the only item I have fully signed by

in San Bernardino at the California Theater on October 2, 2010 and by 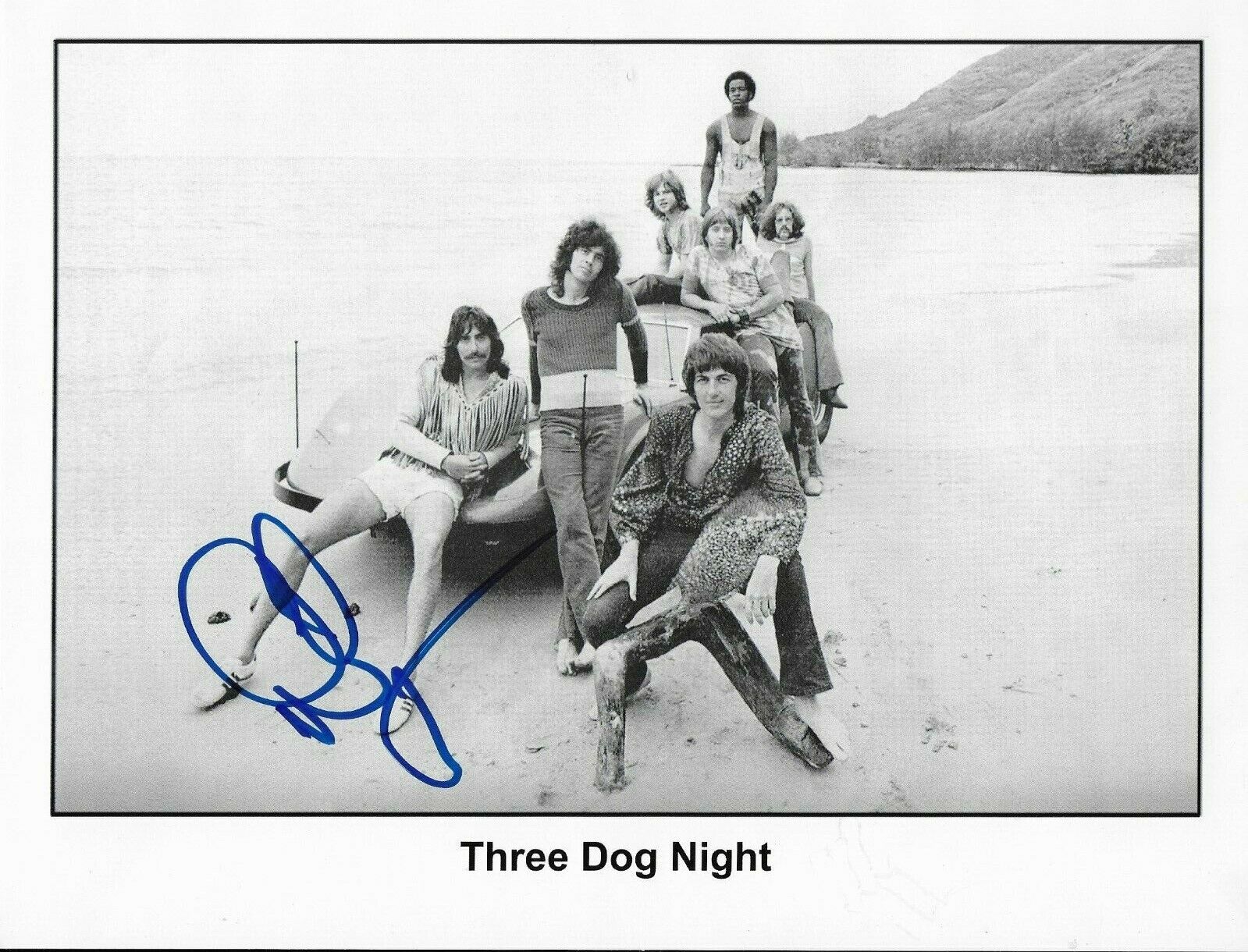 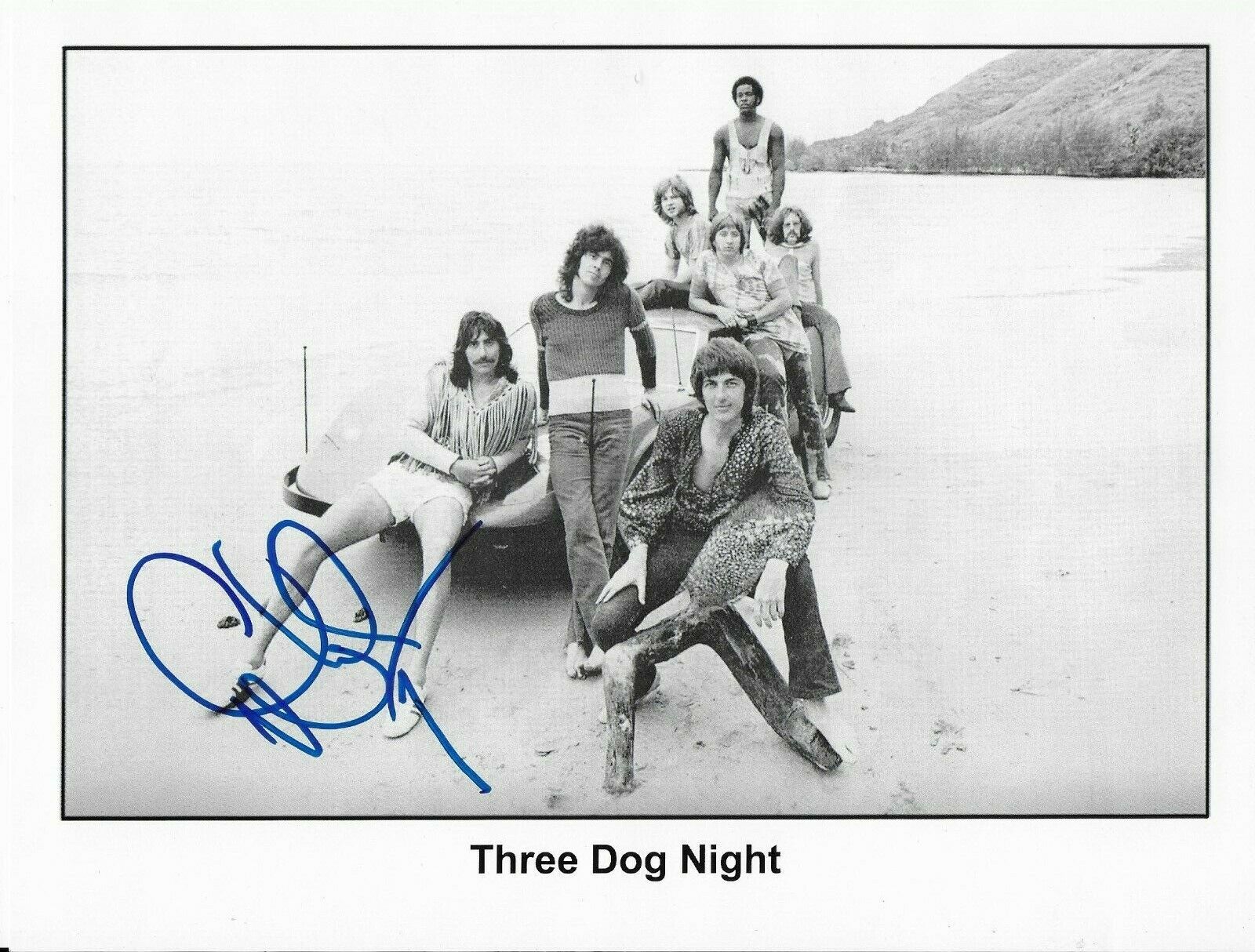 I tried on 5 different occasions at 5 different shows to obtain Corey Wells signature on both of these photos (as well as Danny Hutton’s).  Corey especially was the rudest, most insulting and ever so adamant about him not wanting to sign any autographs. Danny, upon seeing Chucks signature already on my photos, exclaimed, “I don’t sign anything that Chuck has signed”.

Okay, so I get it that there is really bad blood between band members:

However, I ask the question:

“What does that have to do with the fans”?

Couldn’t these men have kept their financial and personal arguments to themselves and not involve their fans? My family – all families – have problems. But we don’t take it out on the waitress who is trying to earn a tip when we go out to dinner!

SADLY, There are very few fully signed photographs of these 3 men.

I could have have had 2 autographed 8X10’s. Preserved for other fans to see

However, because of Corey Well’s absolute stubbornness and the fact that he has now passed away, he personally is the reason and is fully to blame that a chance to preserve and share what would of been some very rare and real R&R memorabilia with fans everywhere to have enjoyed, never came to pass in the case of these two photos. 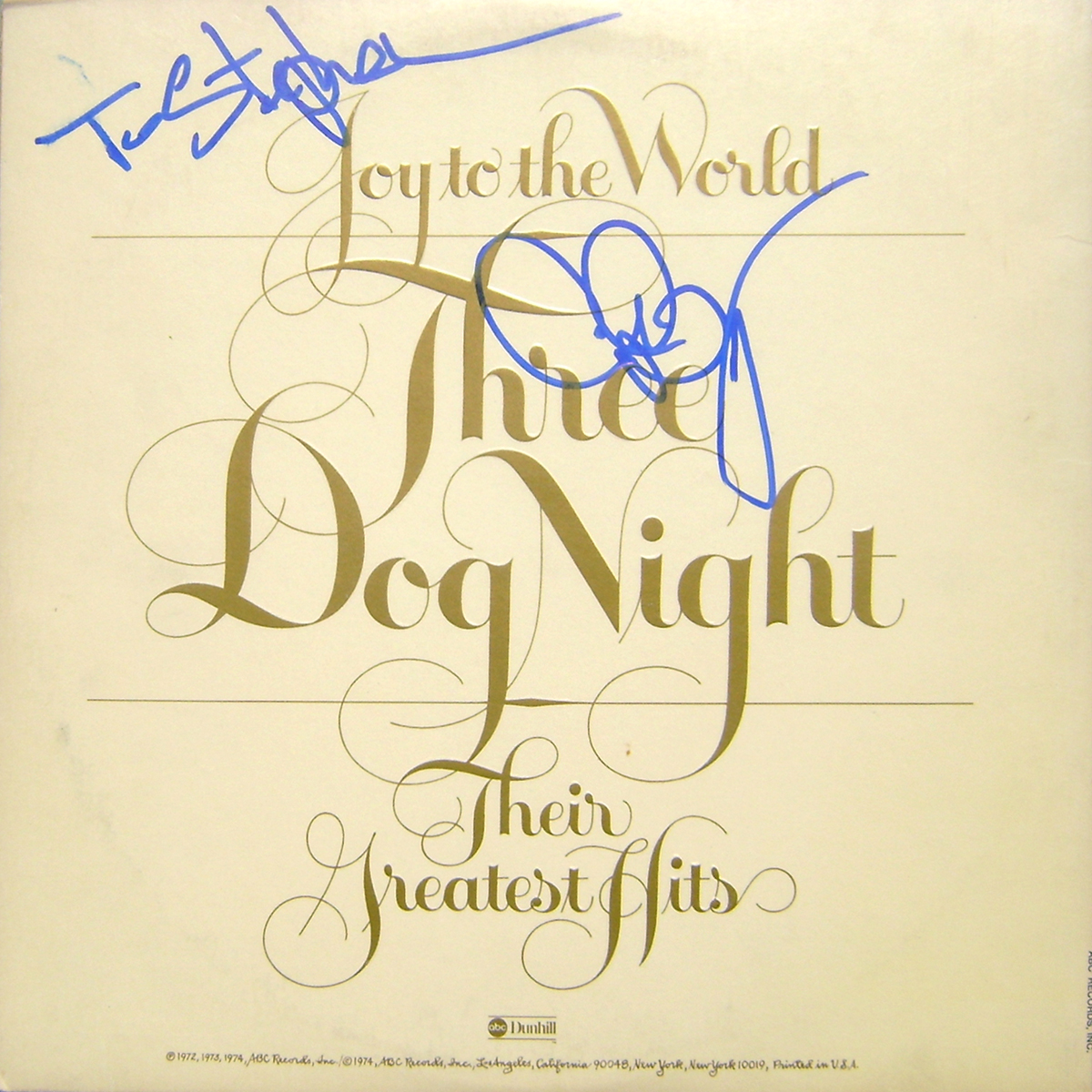 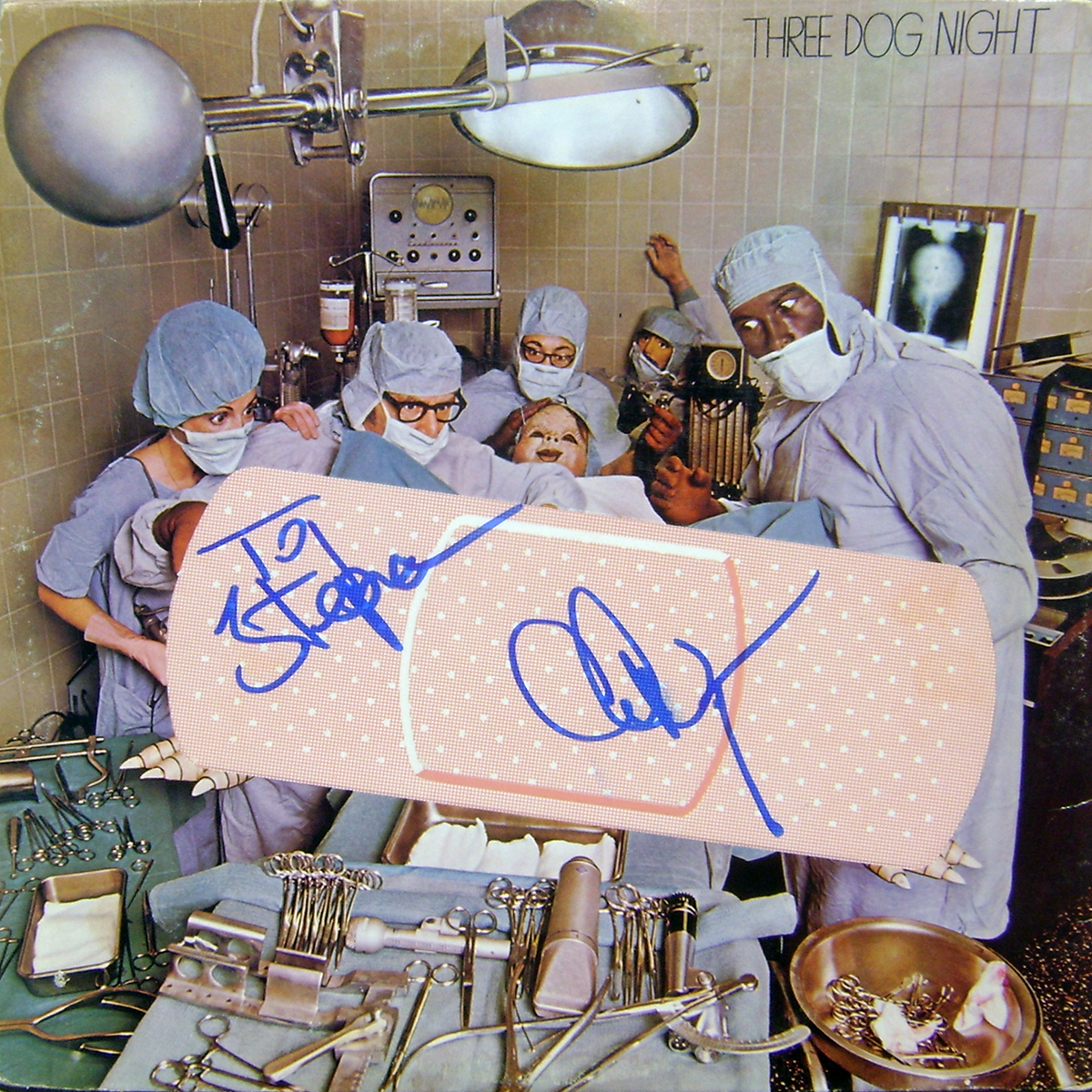 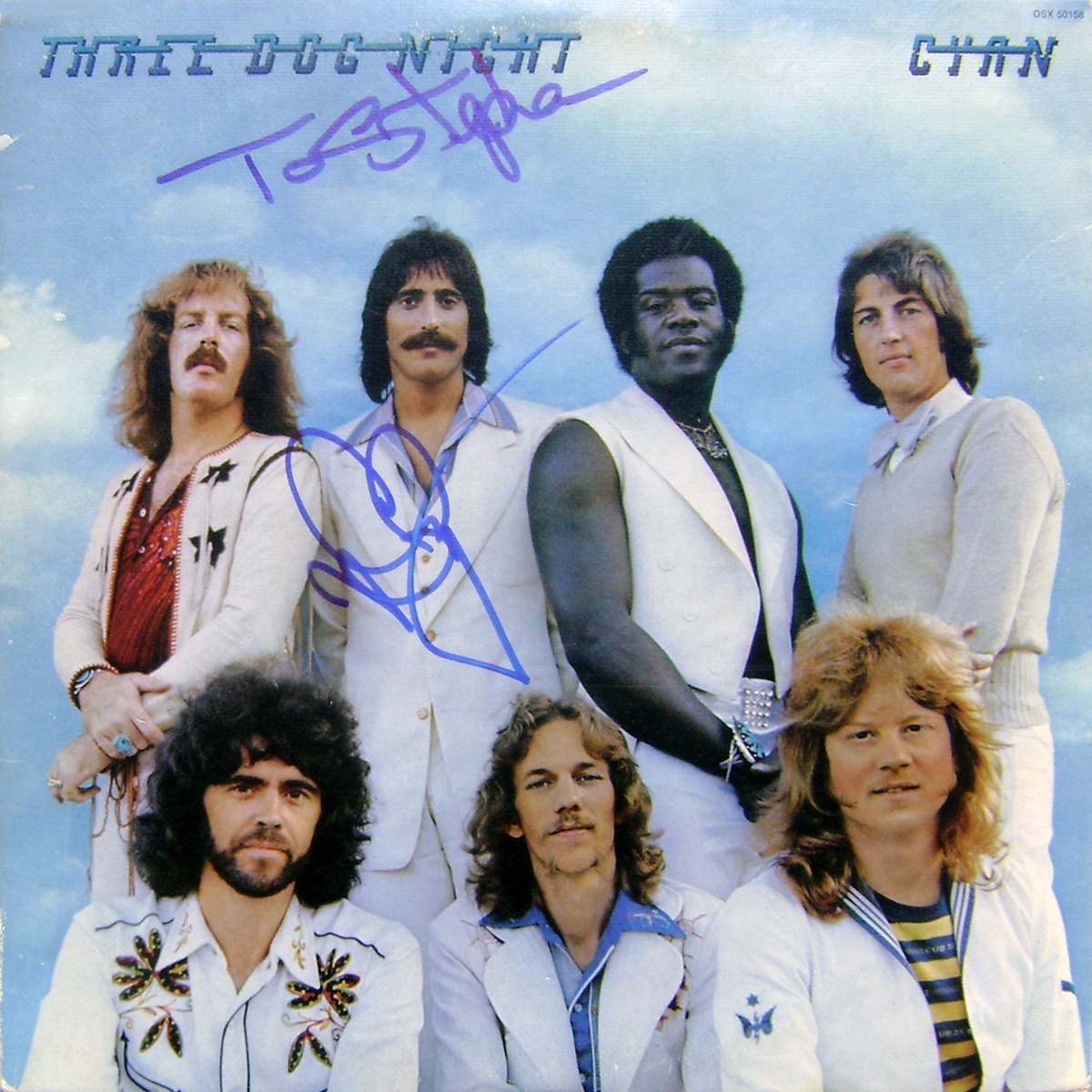 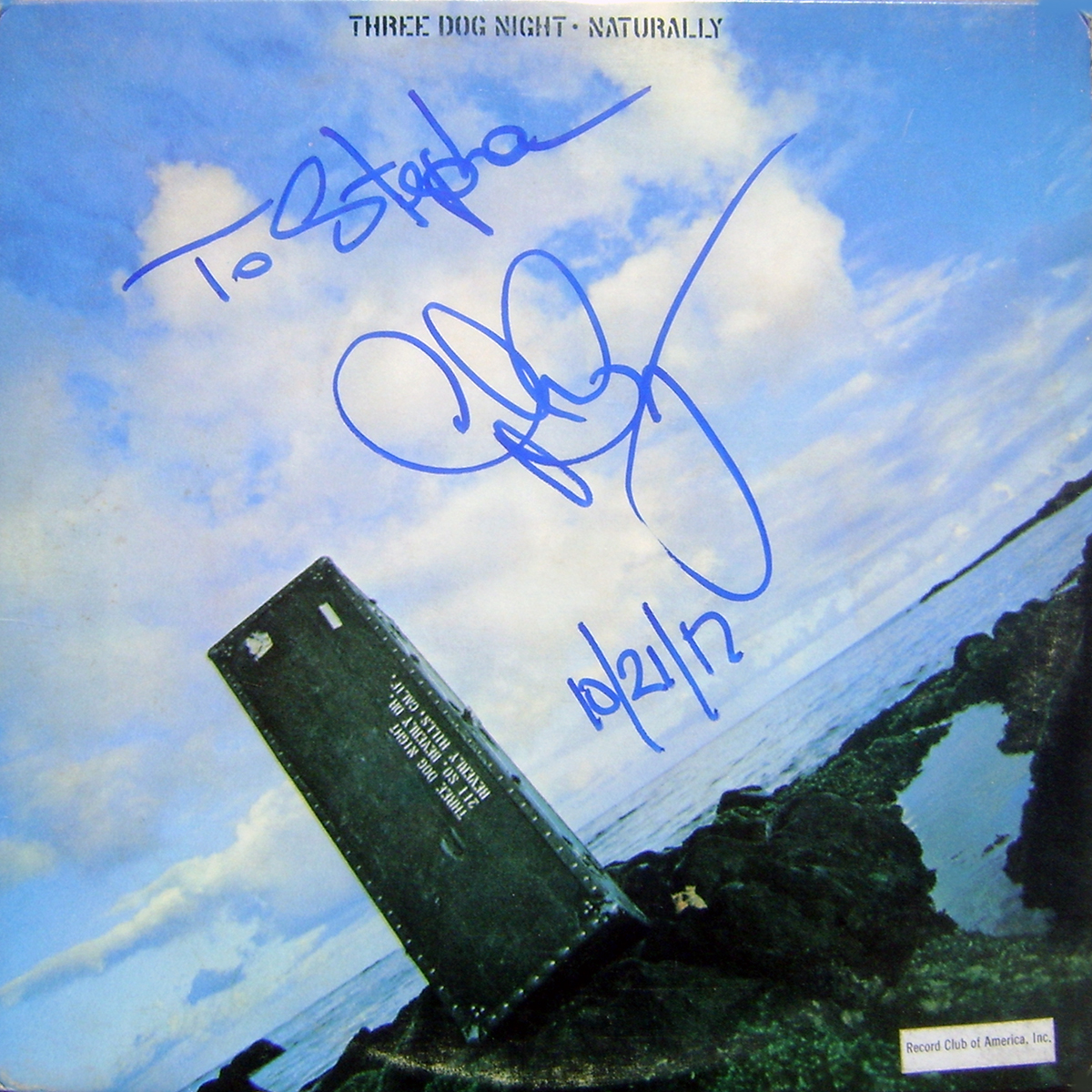 The above 4 albums were autographed by Chuck Negron at

HOW’S THIS FOR INTERESTING? 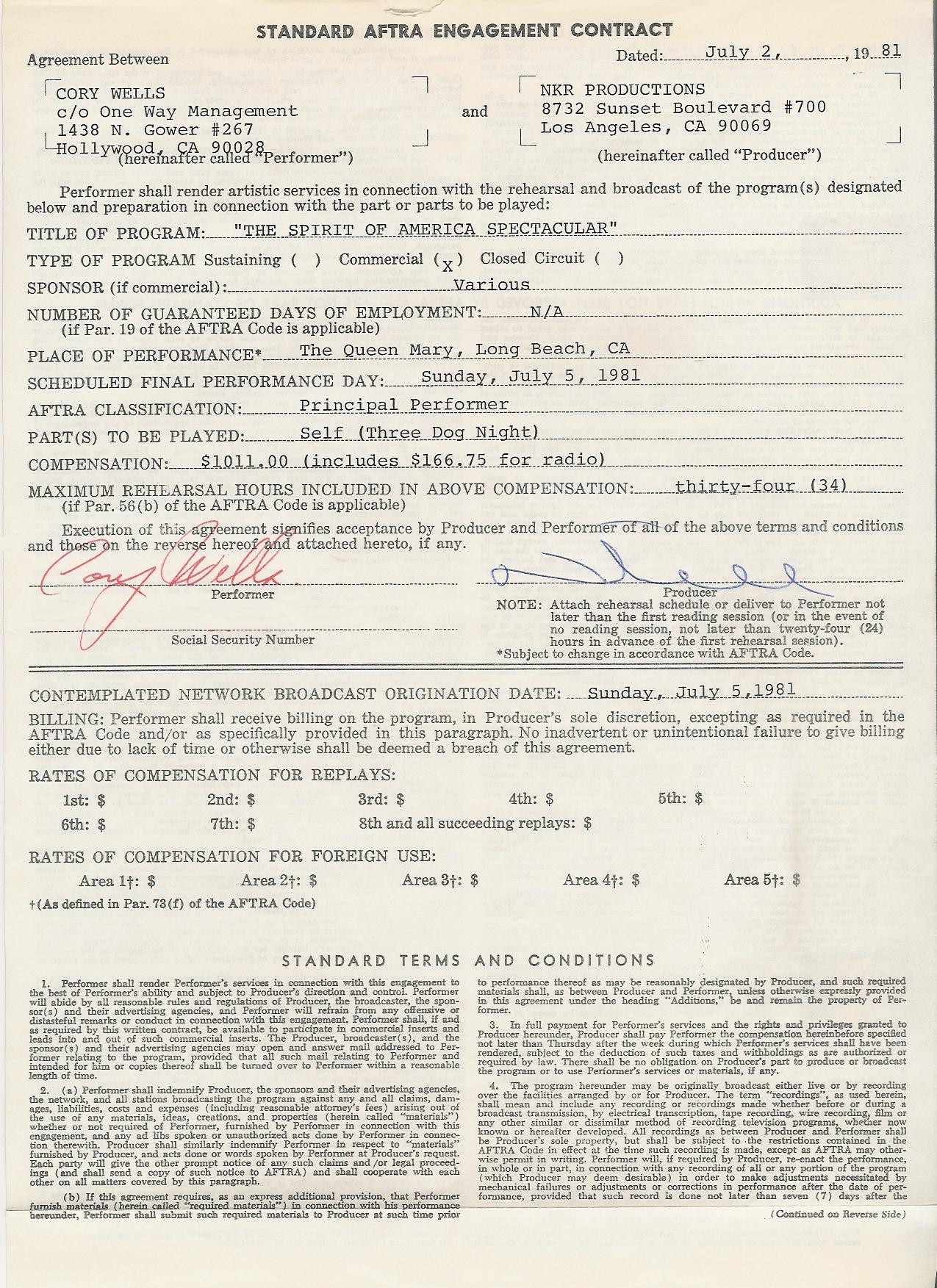 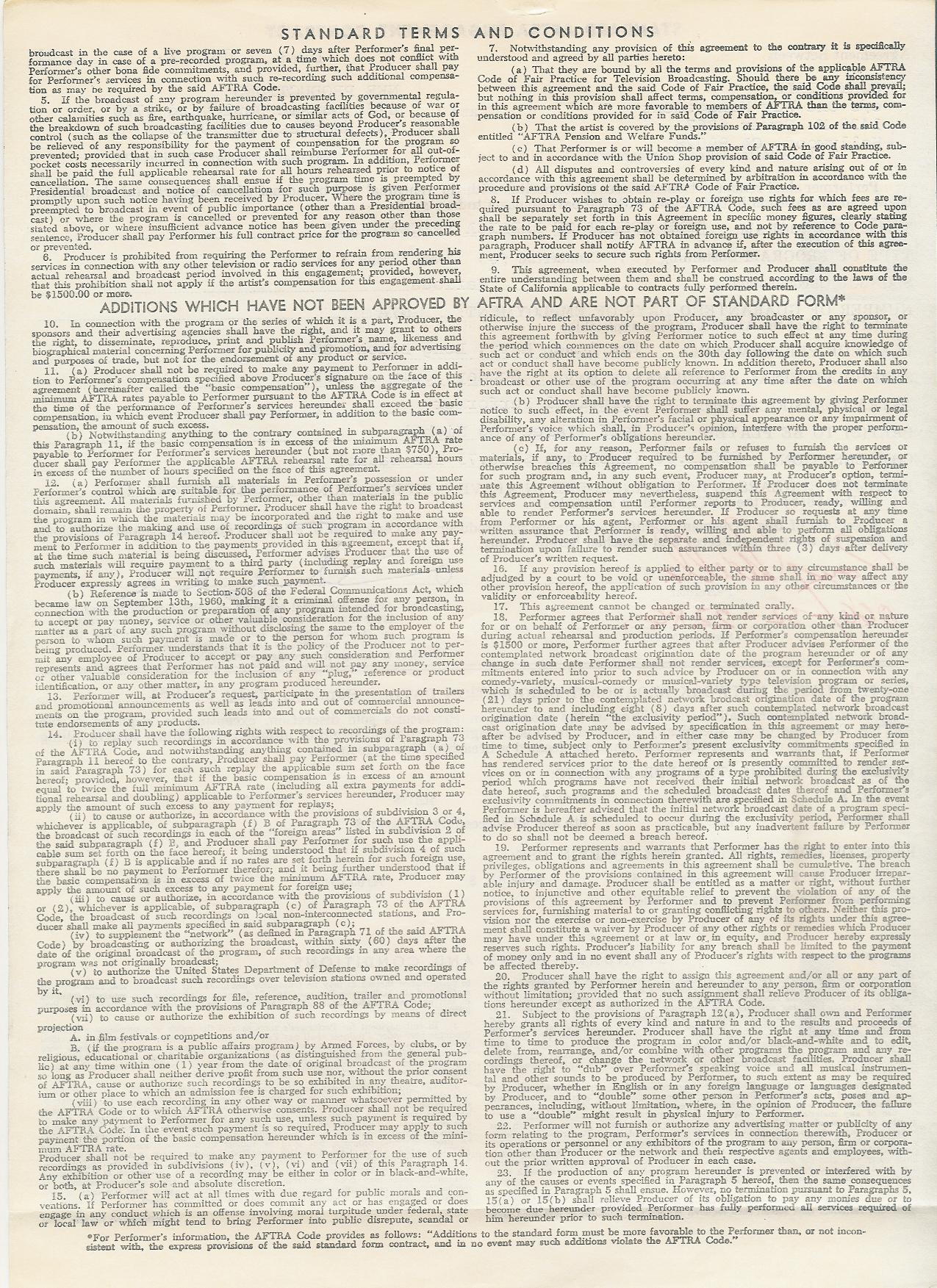 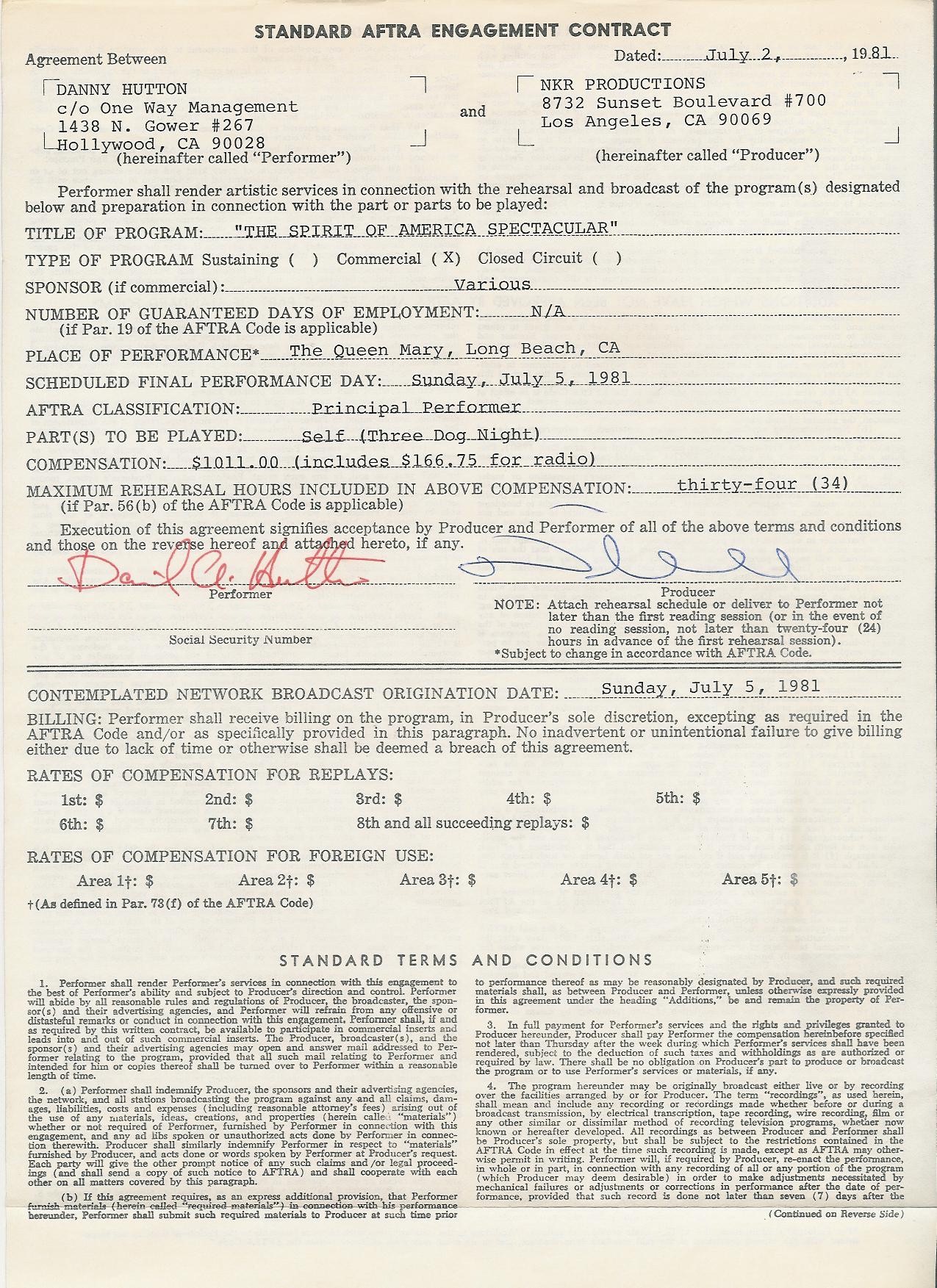 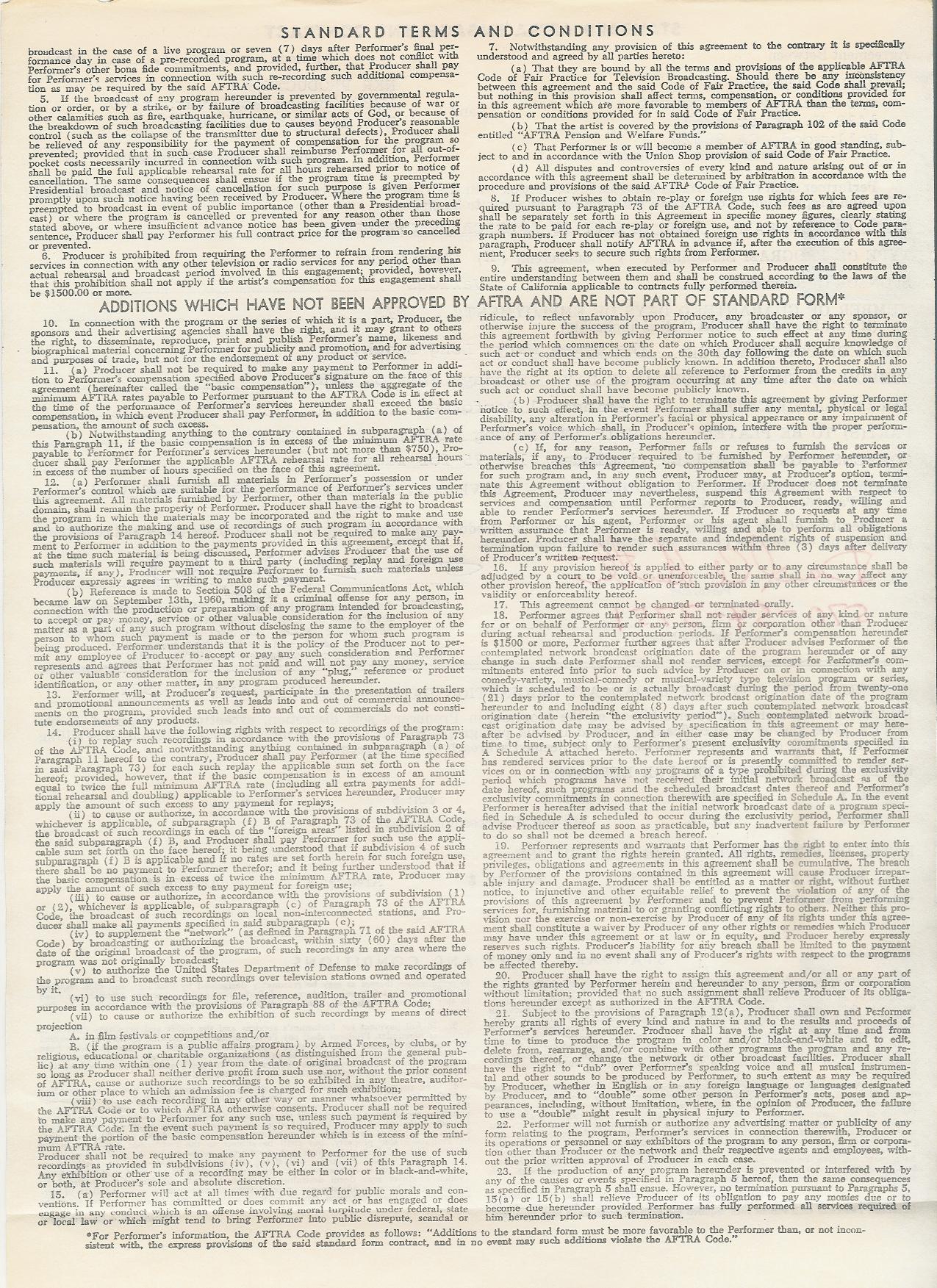 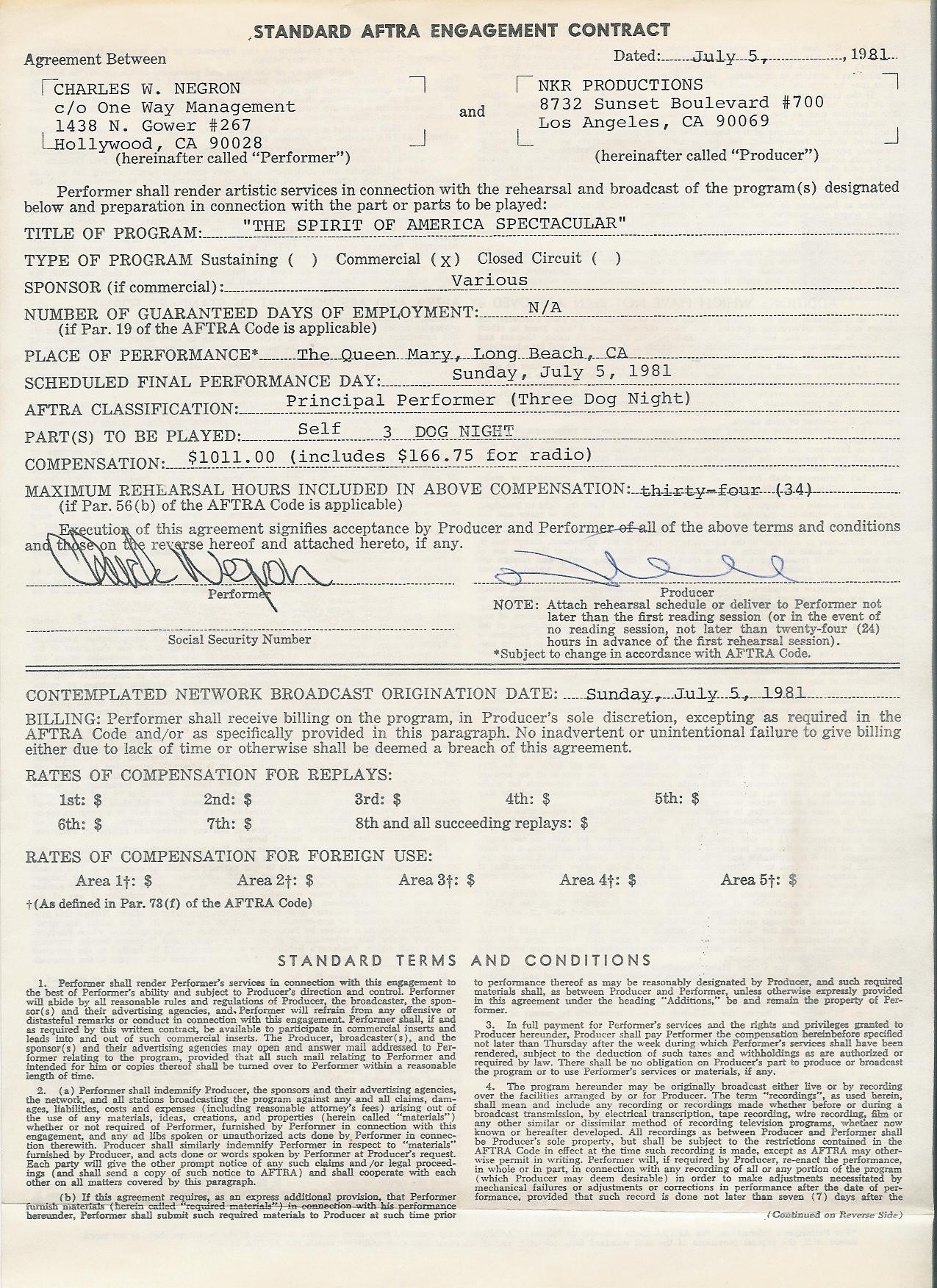 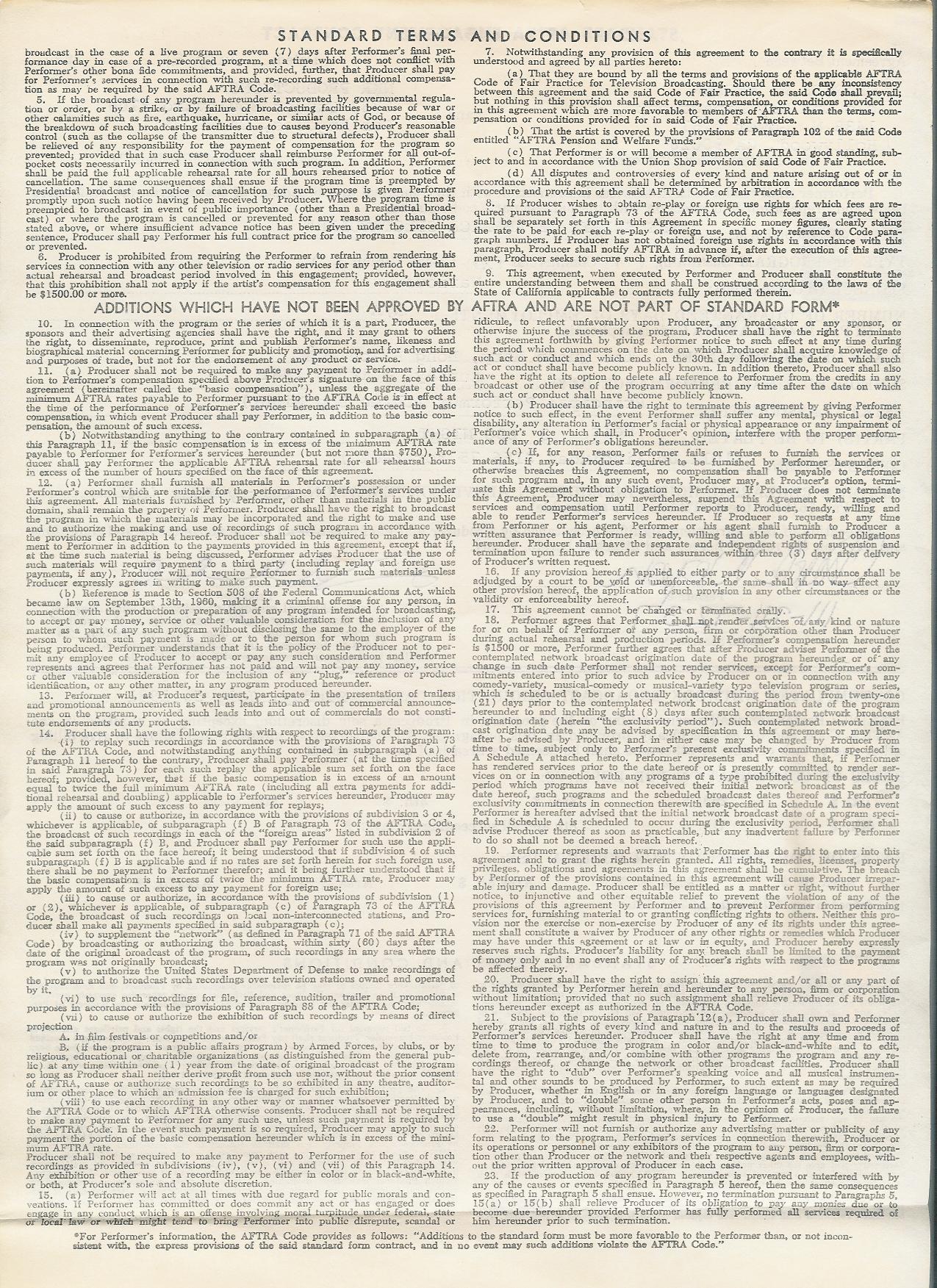 Obtained through a private collector/collection. 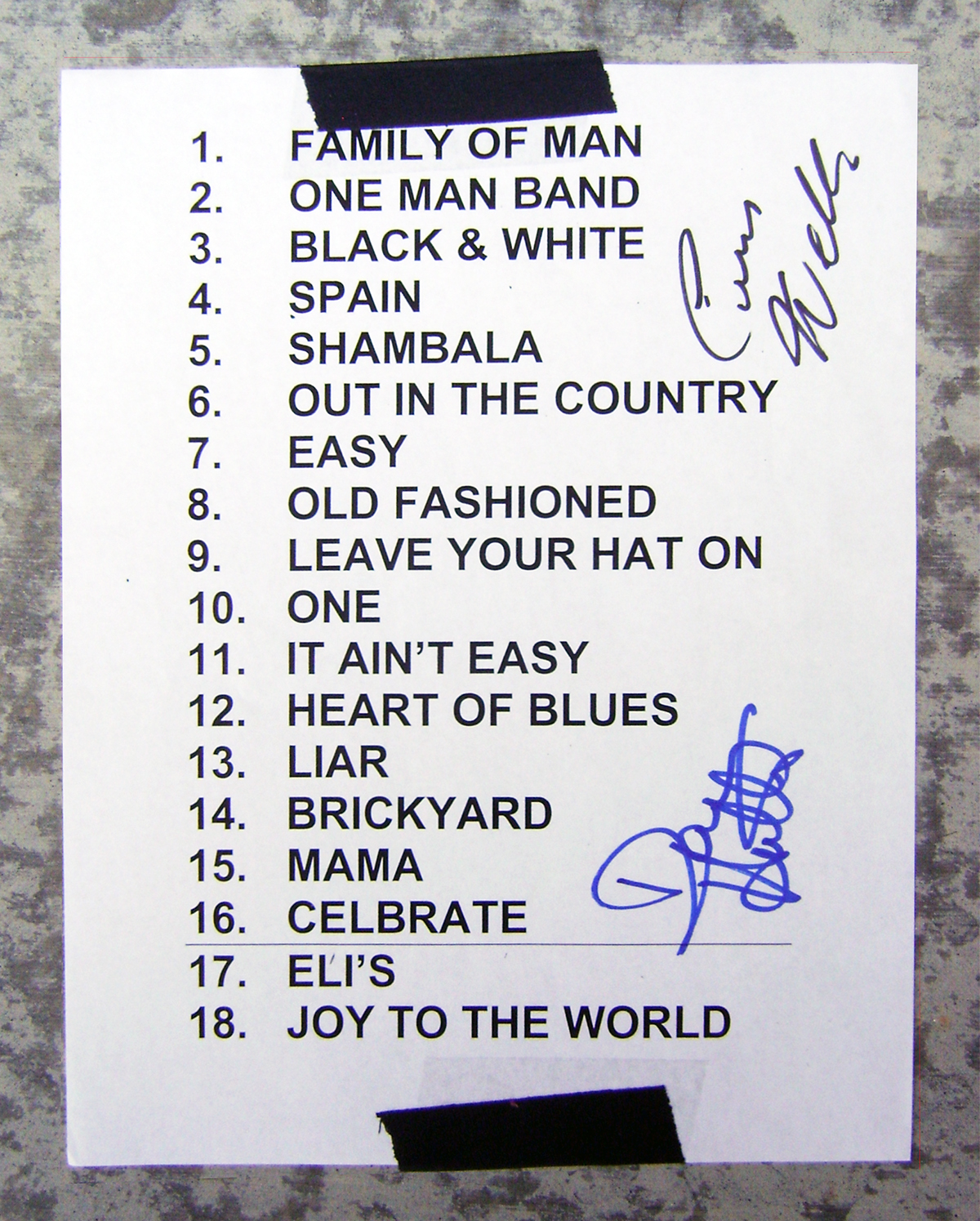 Autographed Set List from the Three Dog Night concert at 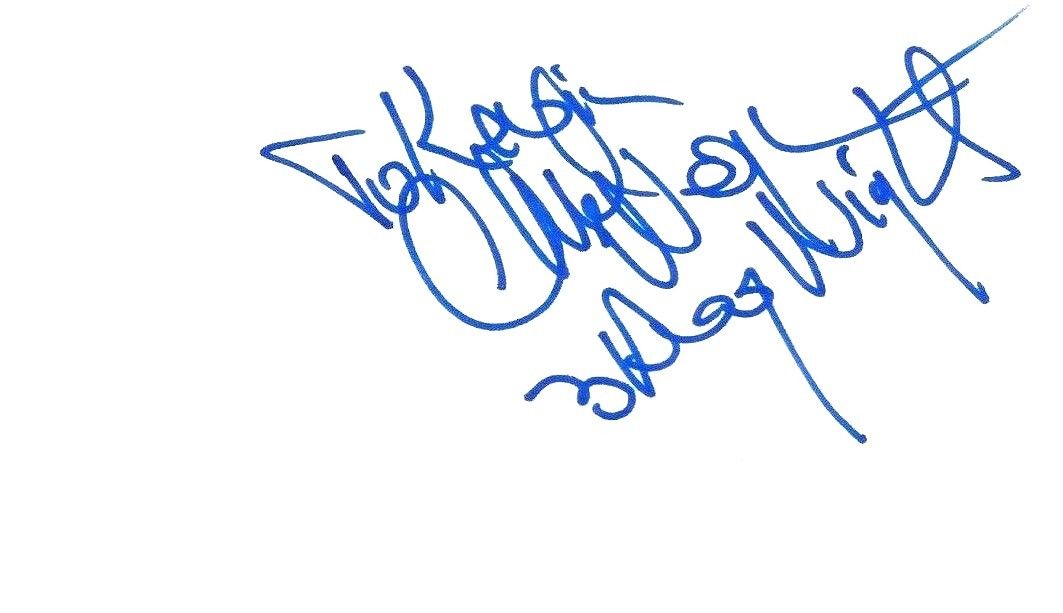 as he entered The Greek Theater for a Ringo Starr concert.