RECENT POST 7/12/2021: PLEASE READ THE BELOW CONVERSATION AND PRESUMPTION

BETWEEN THE BAND’S MANAGER

I first saw the band Missing Persons at

It would not be until 2014 that I would see Dale Bozzio again,

and not until 2019 that I would get to hear her 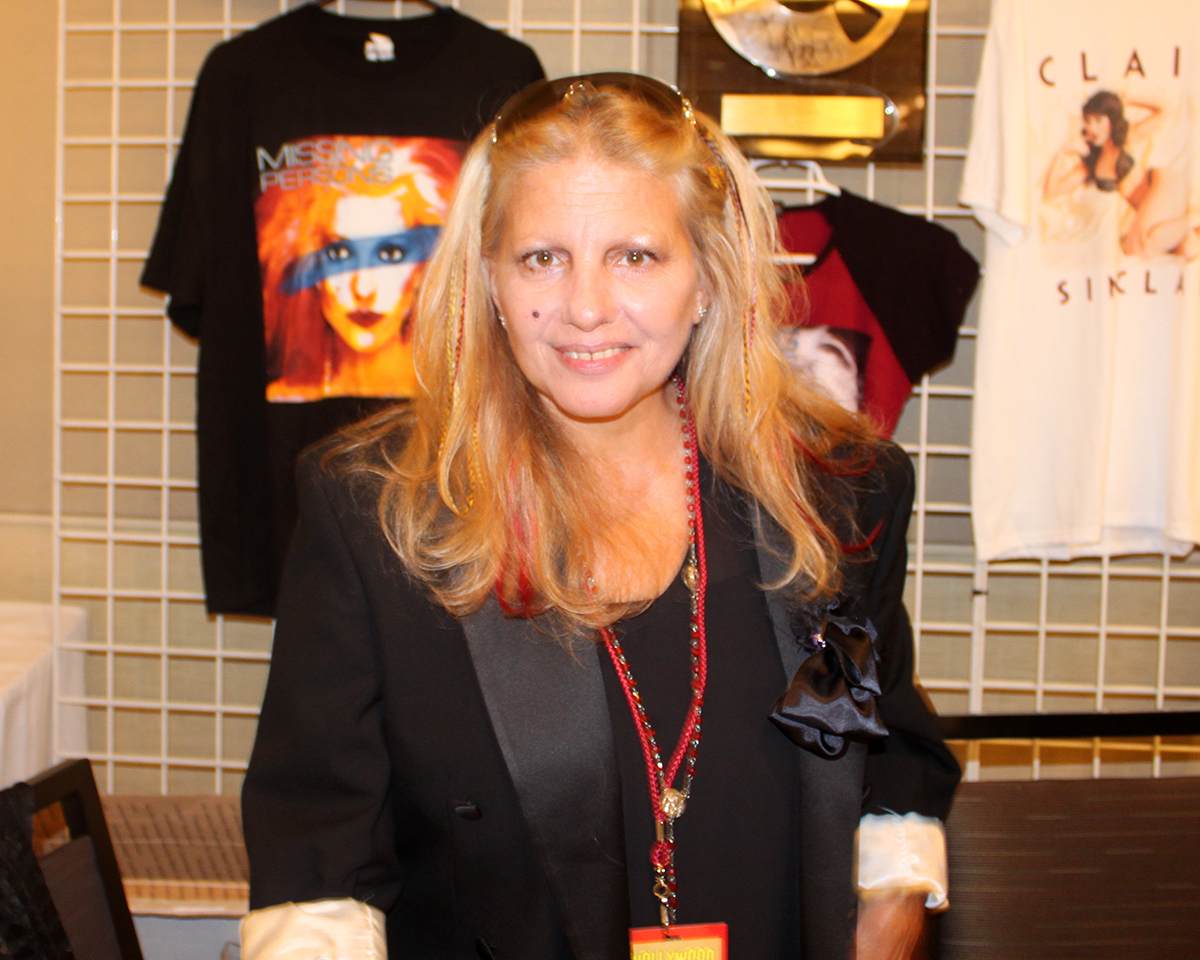 Dale Bozzio at THE HOLLYWOOD SHOW in Los Angeles on October 19, 2014. 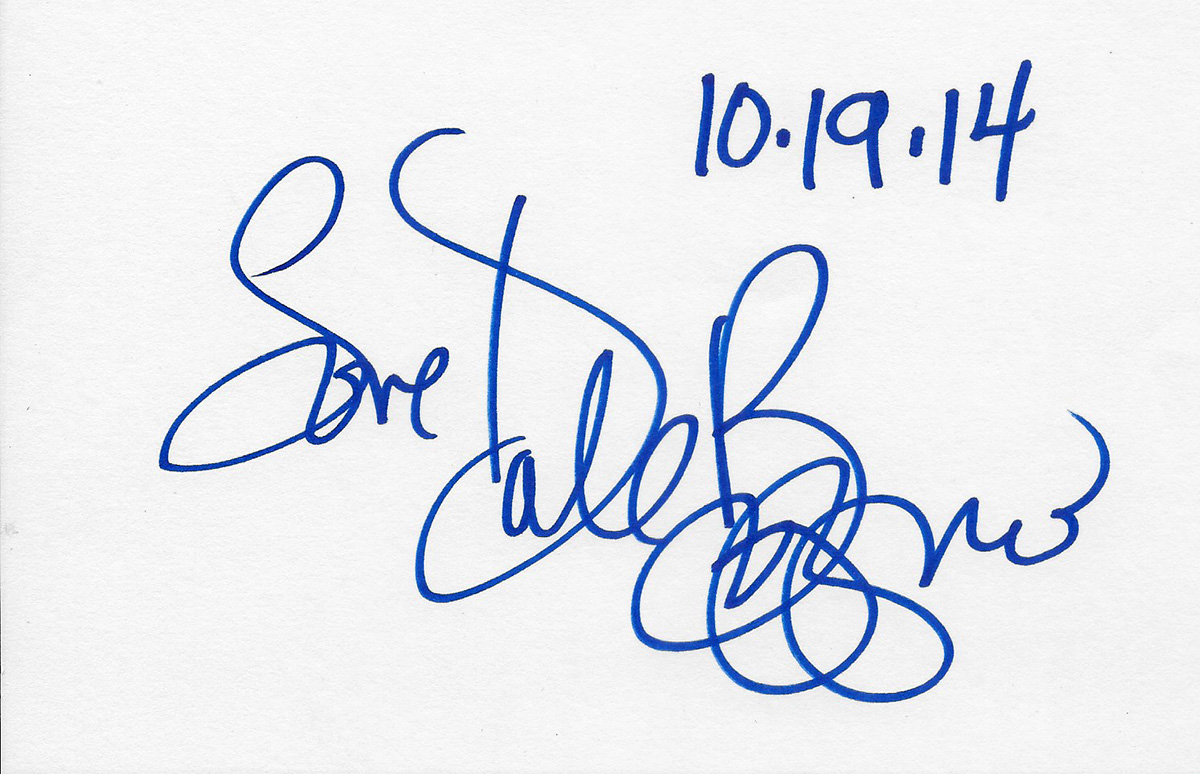 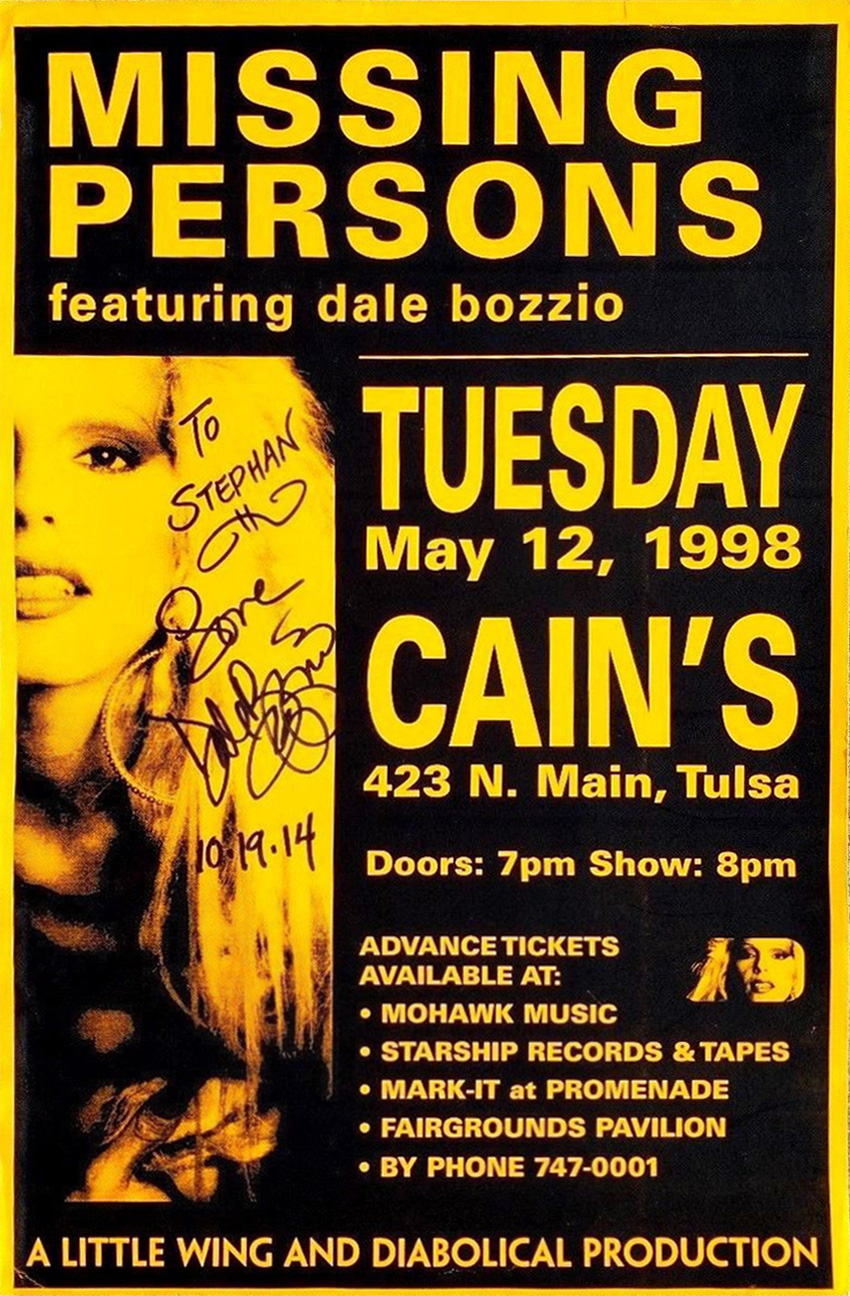 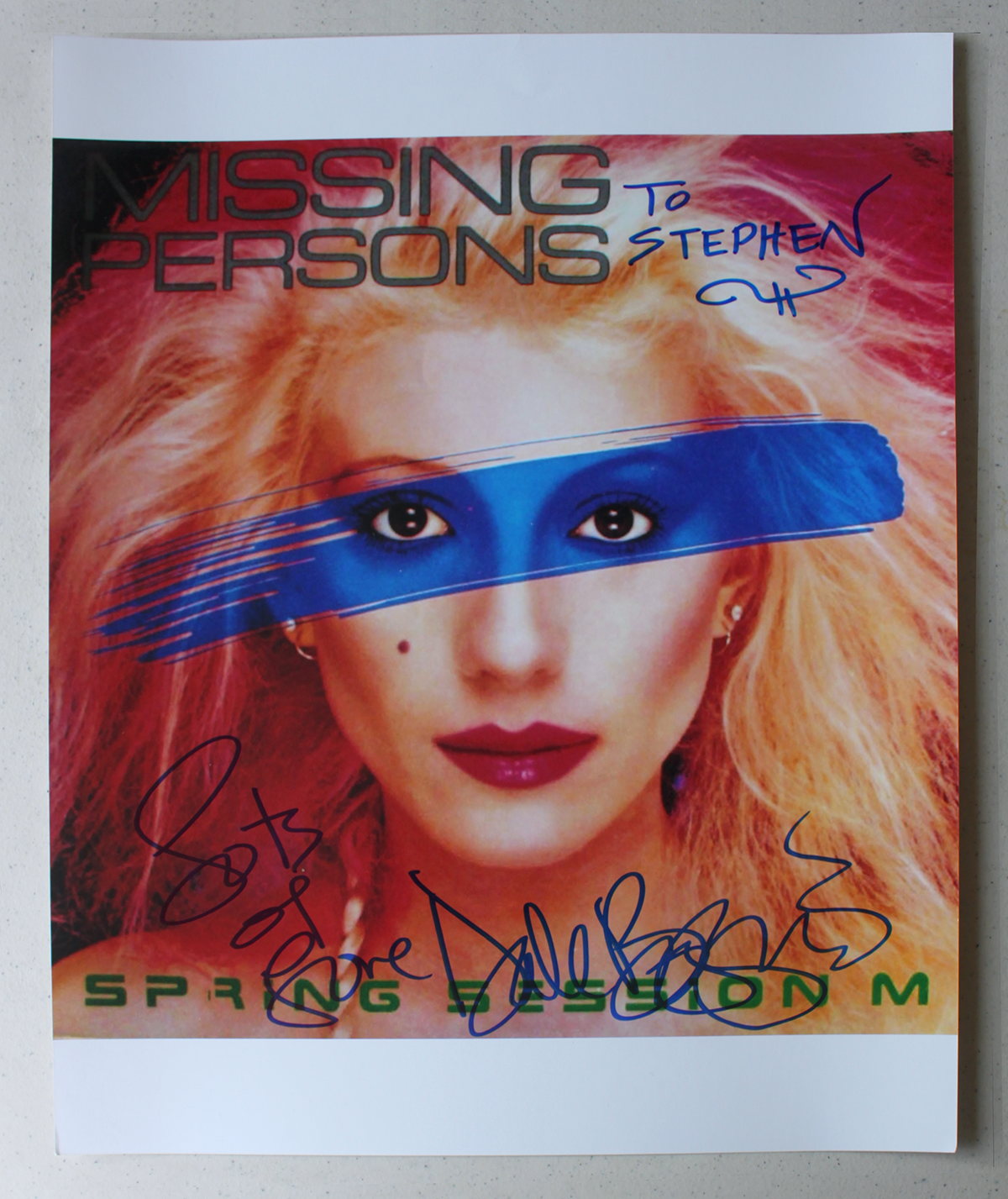 Both of the above posters were signed by

Dale Bozzio at THE HOLLYWOOD SHOW 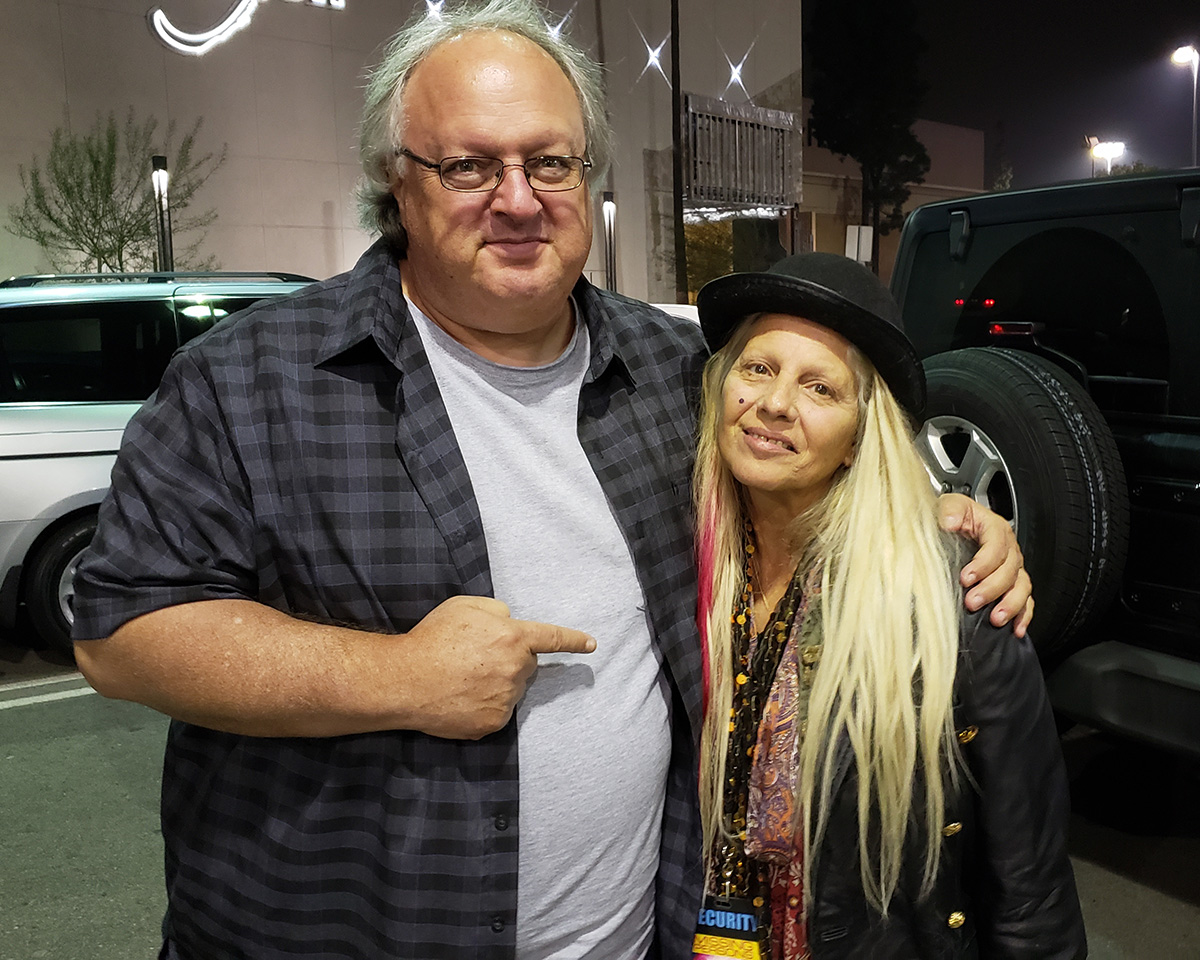 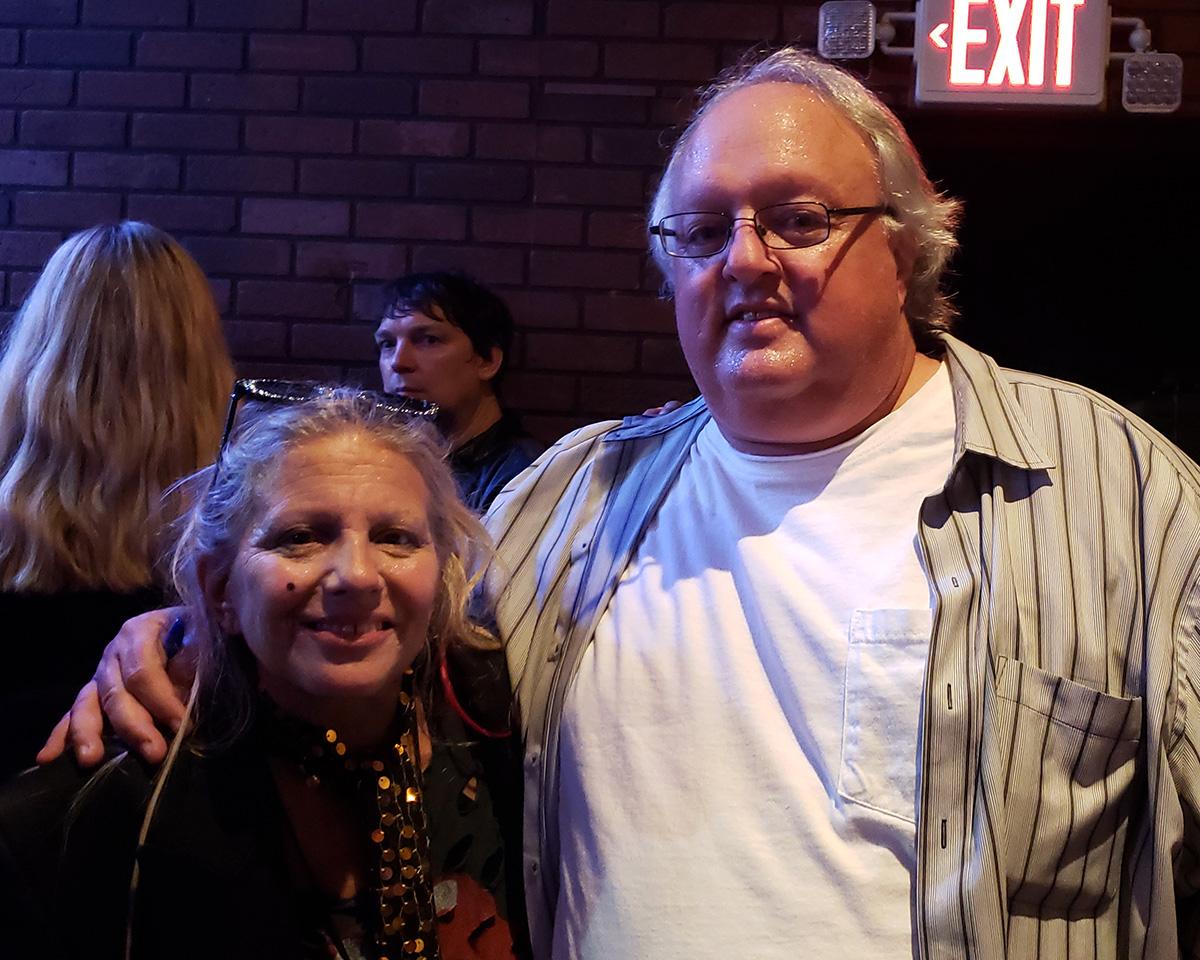 Dale Bozzio and I at The Coach House in San Juan Capistrano February 1, 2020.

Dale Bozzio signed concert ticket from and at

The Coach house in San Juan Capistrano on February 1, 2020. 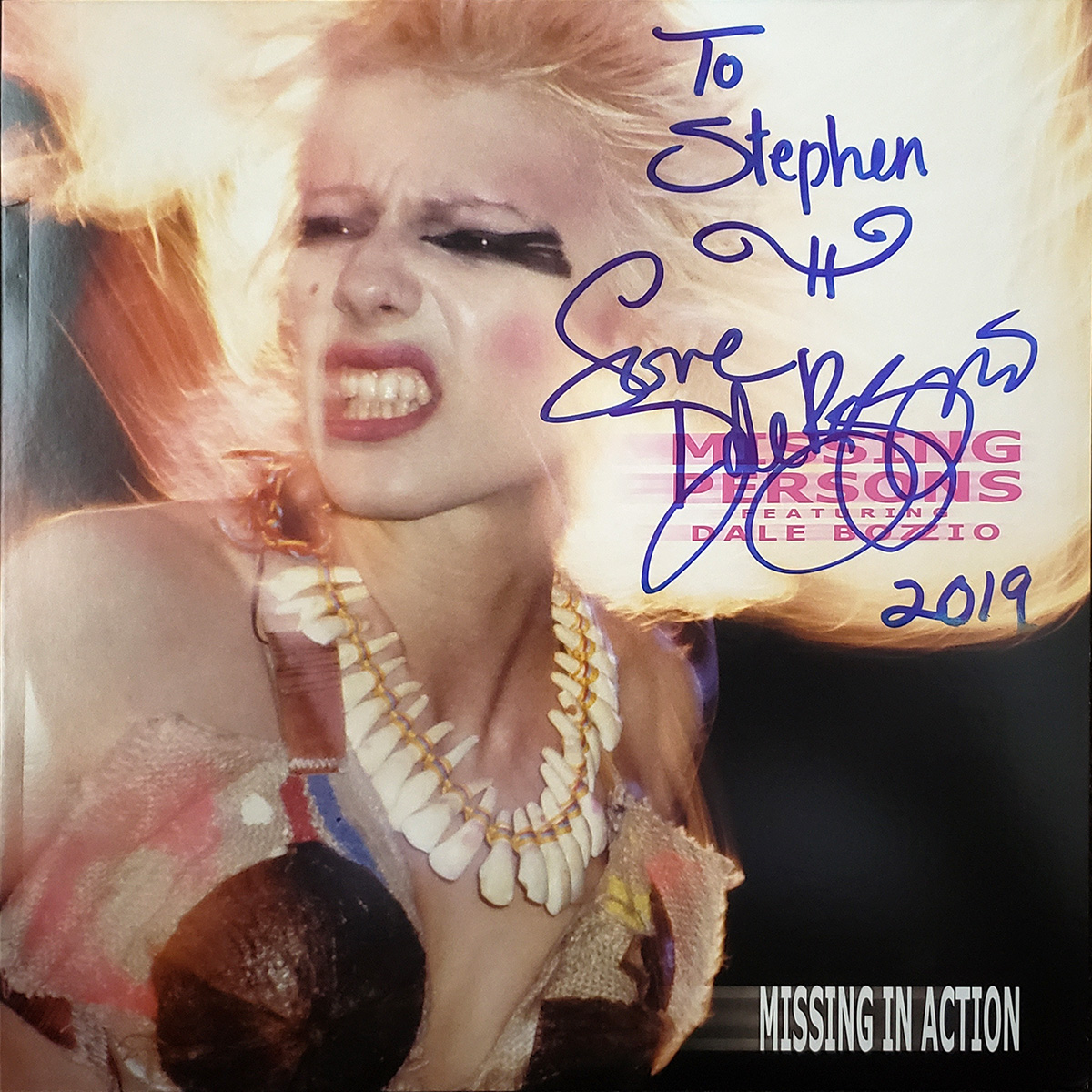 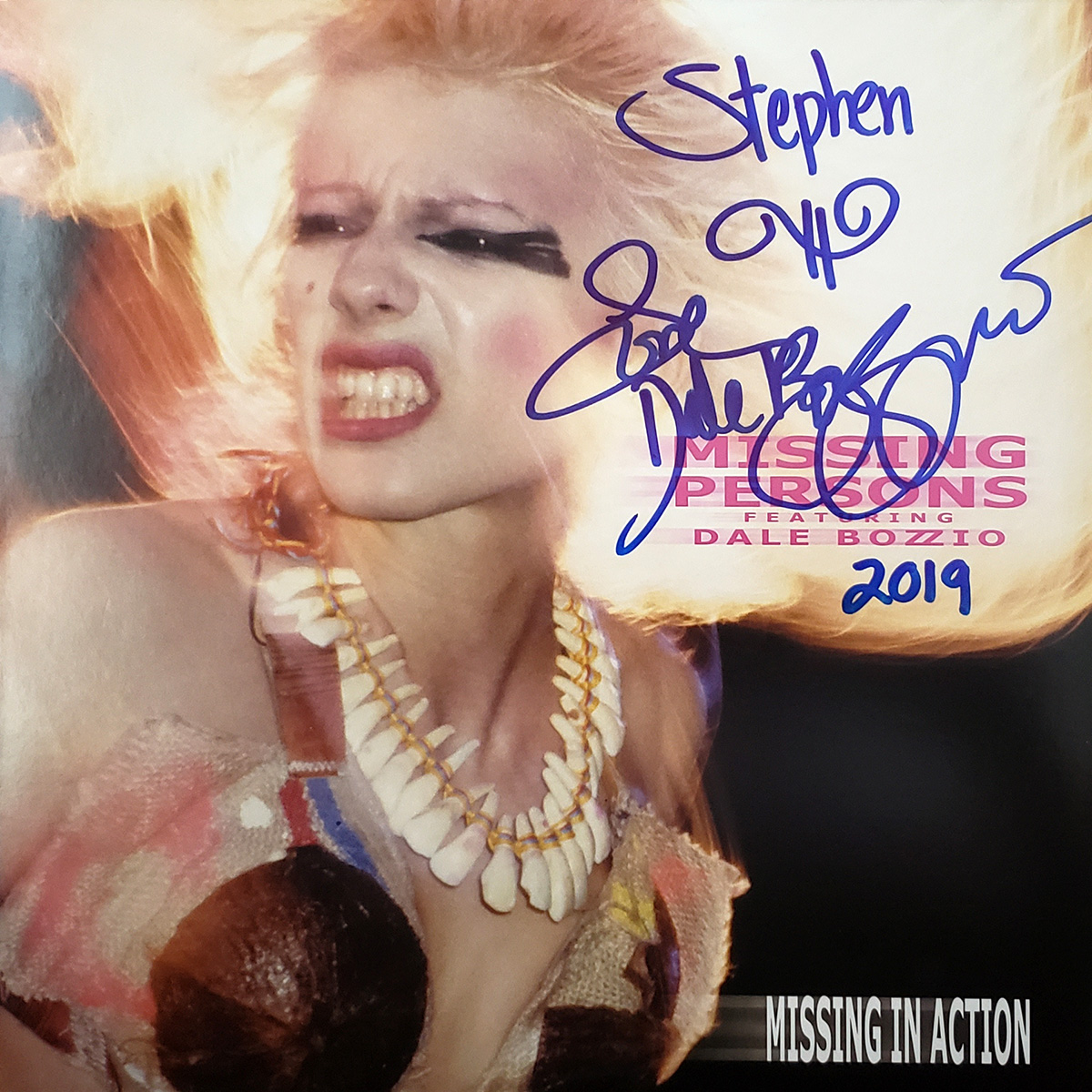 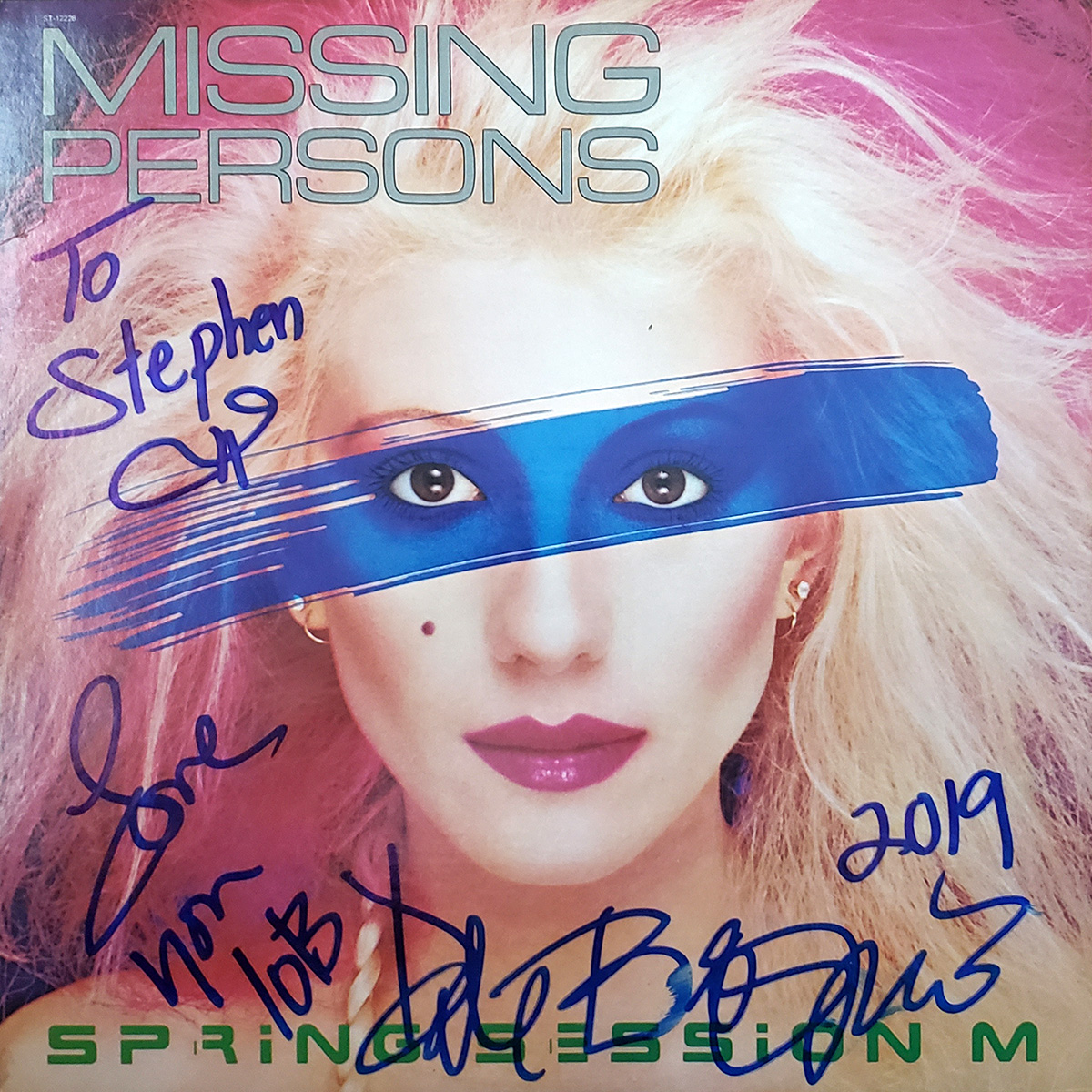 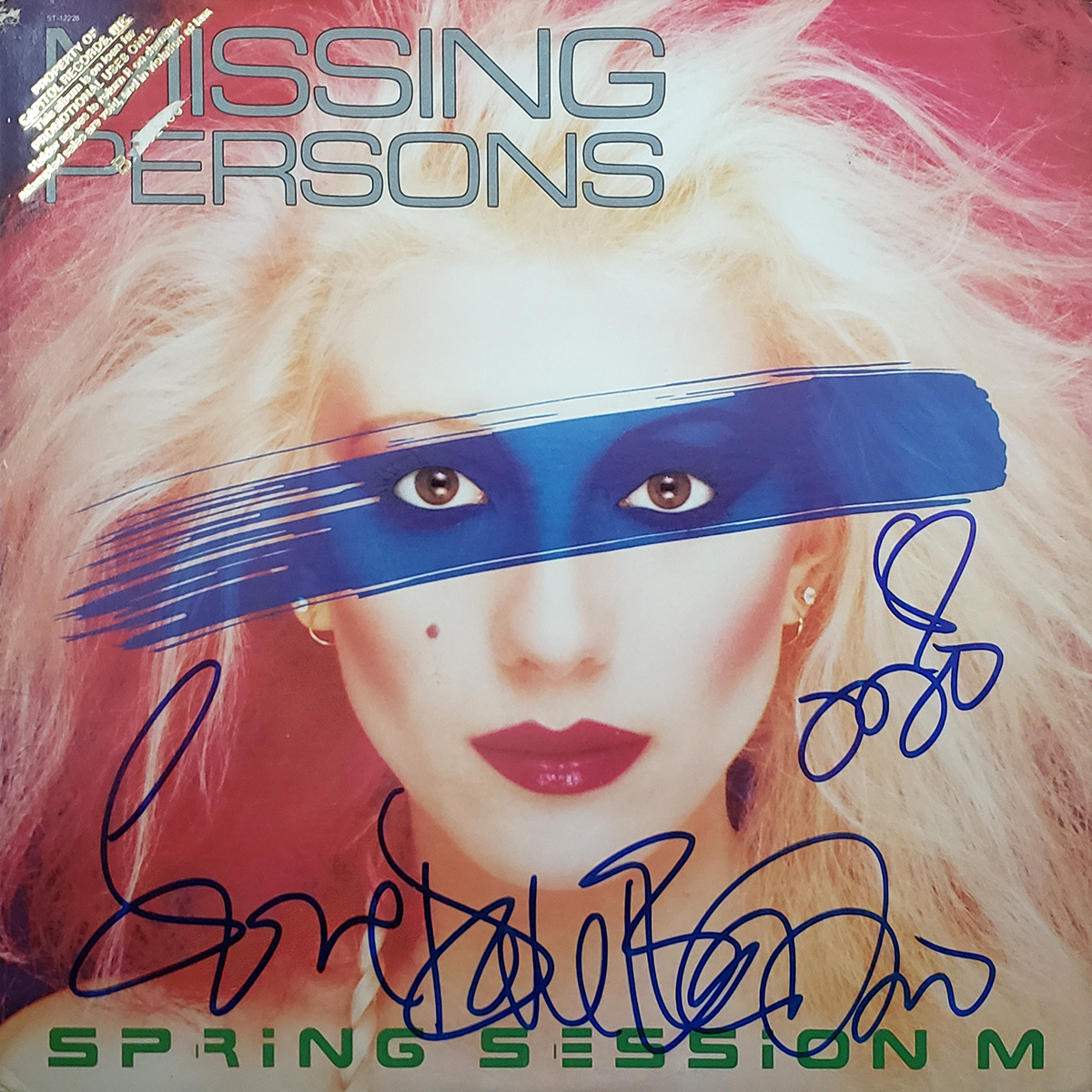 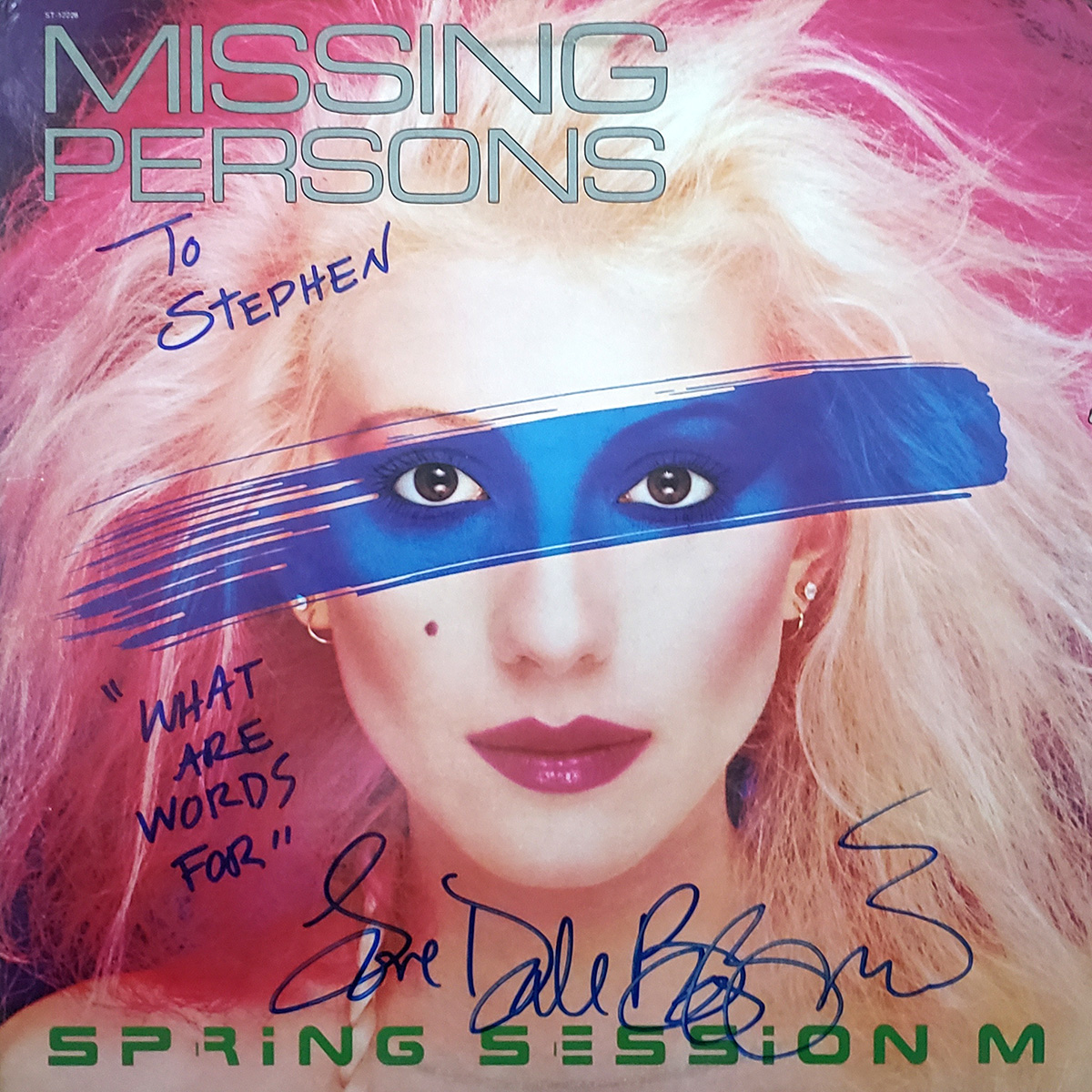 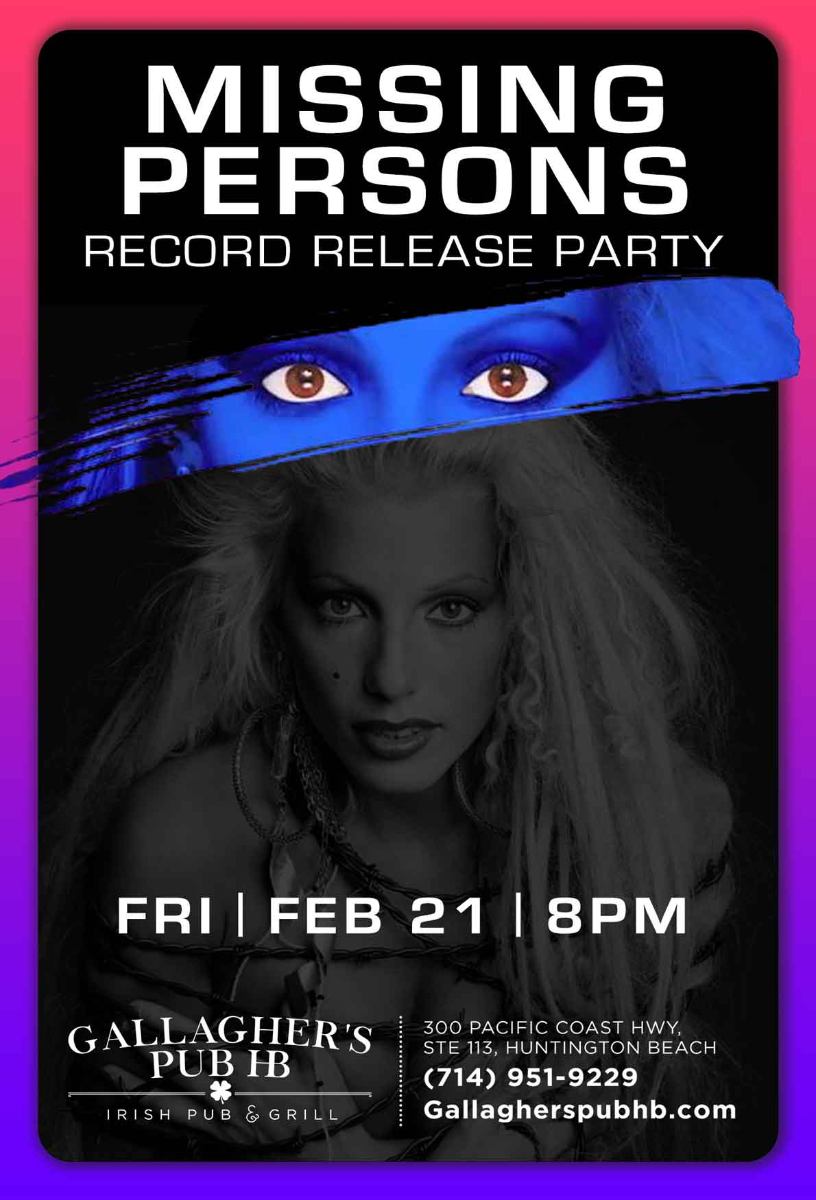 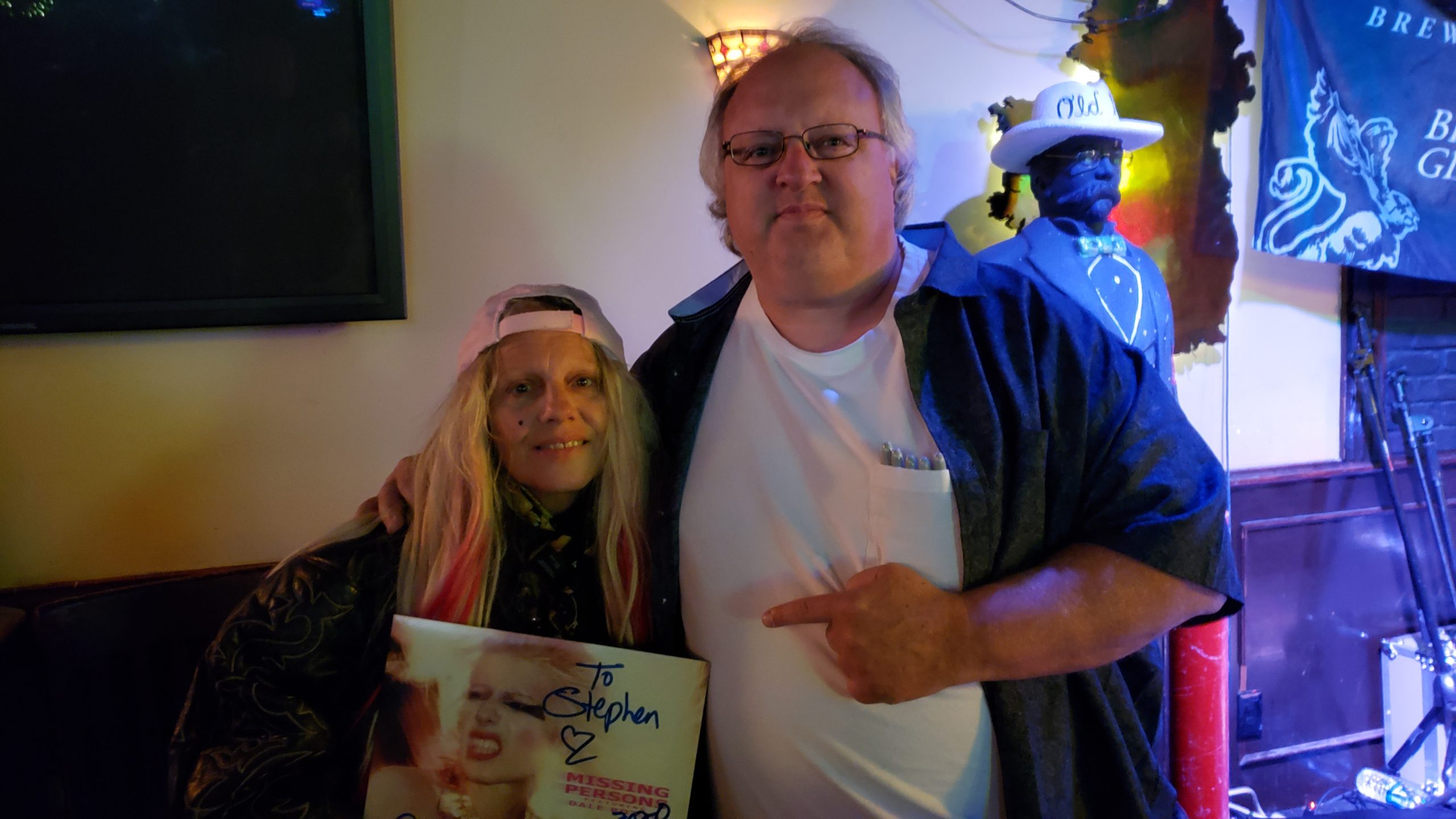 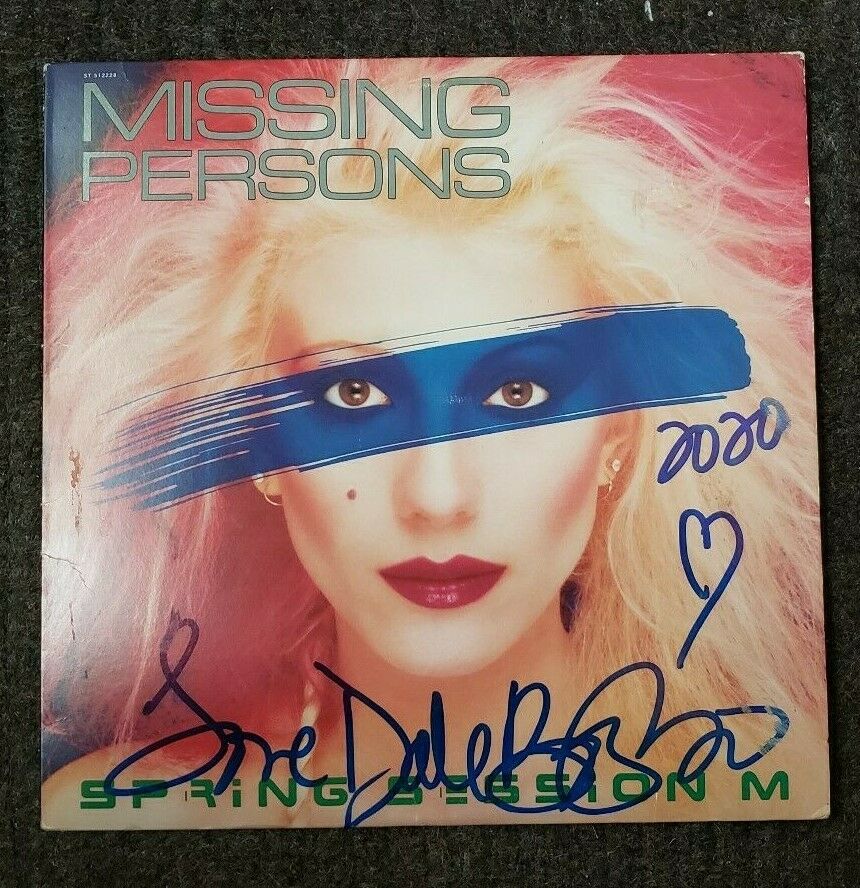 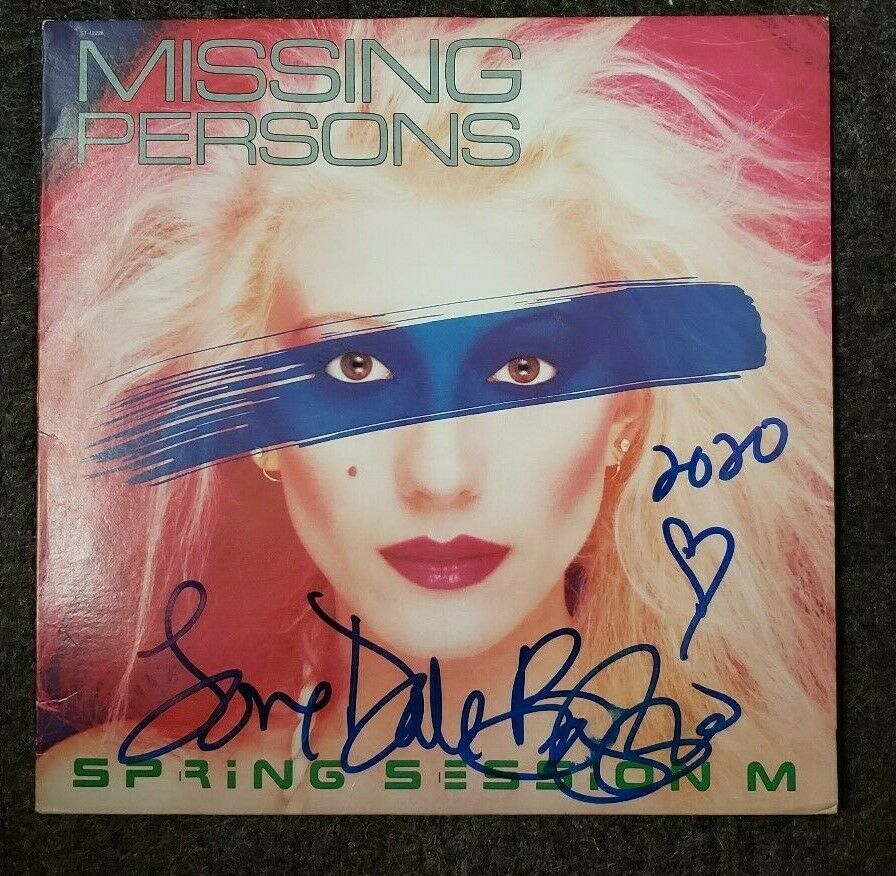 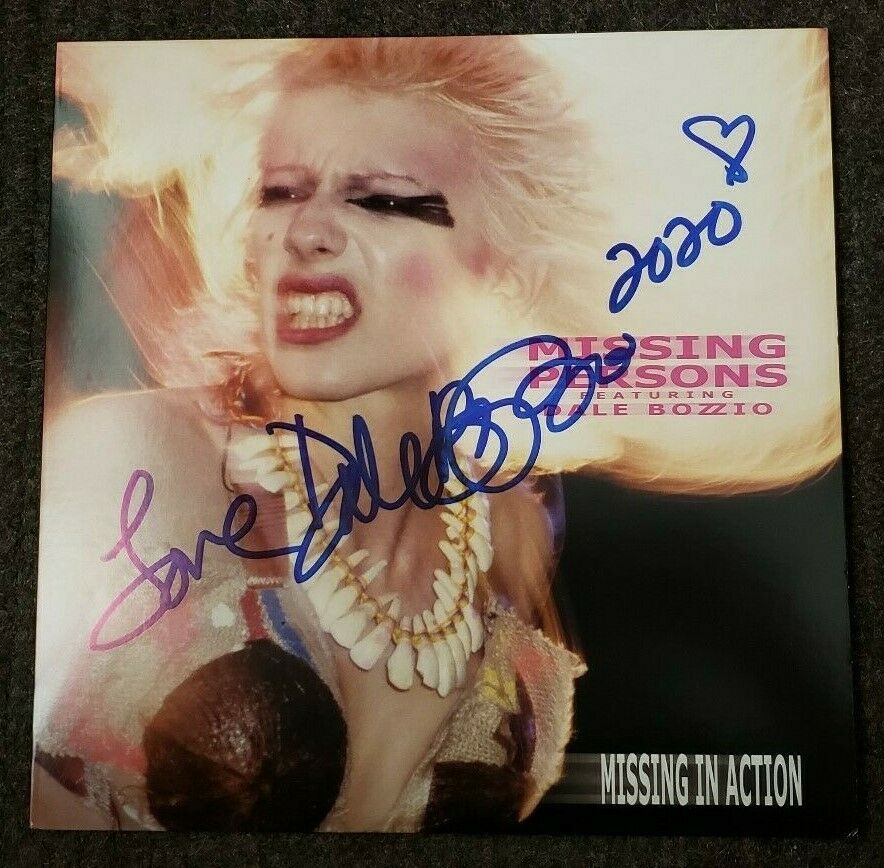 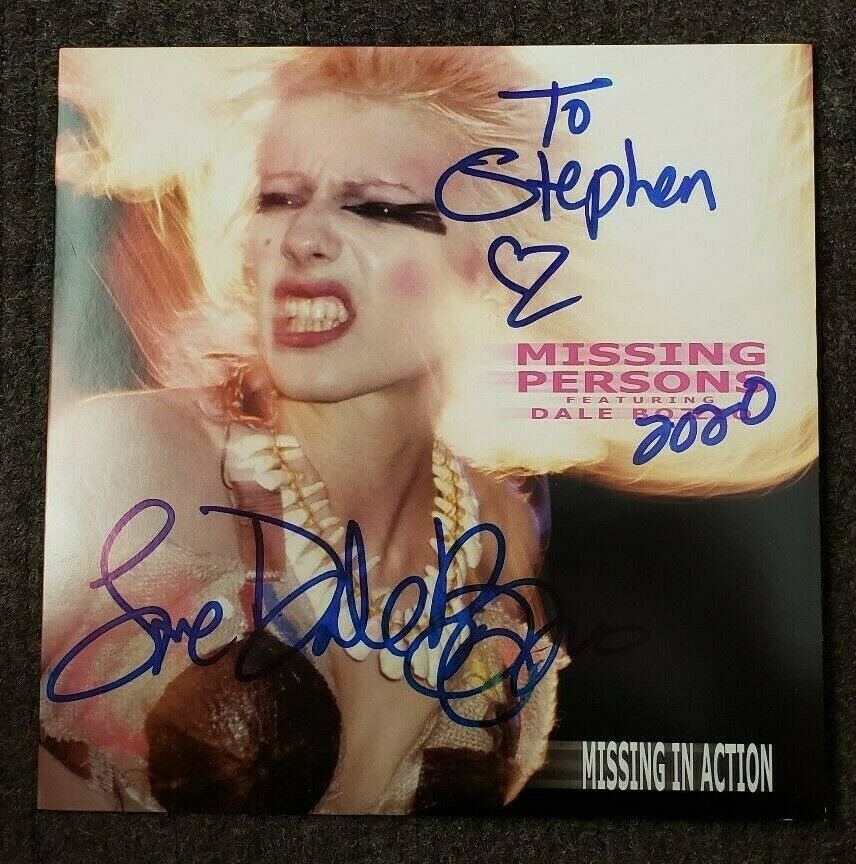 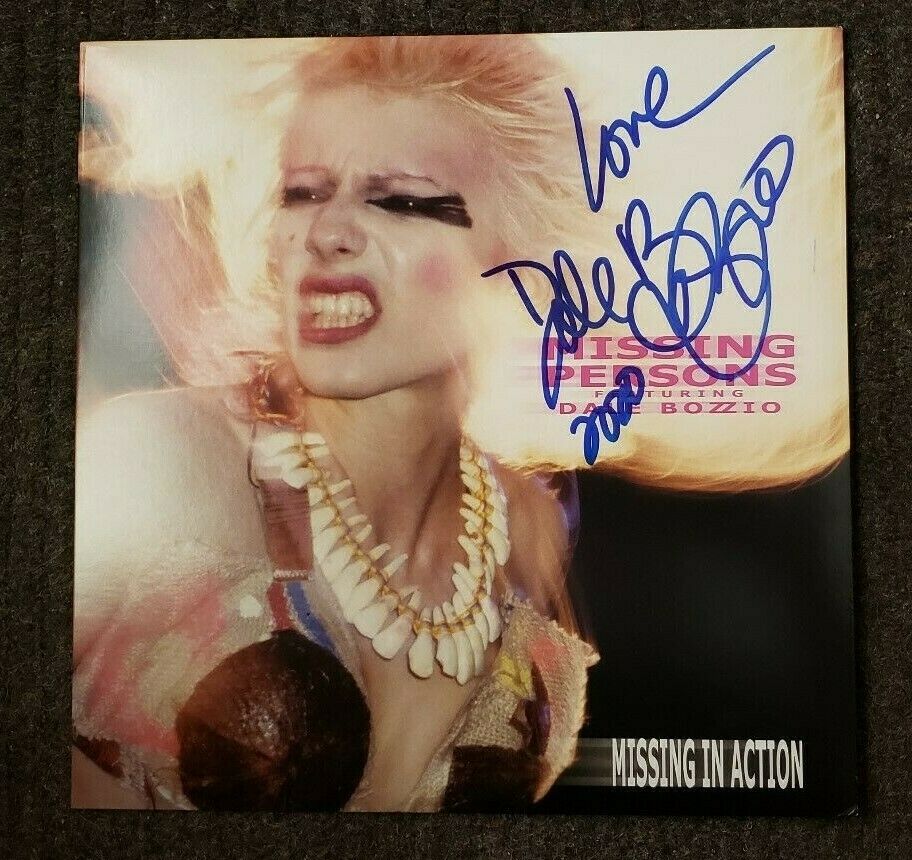 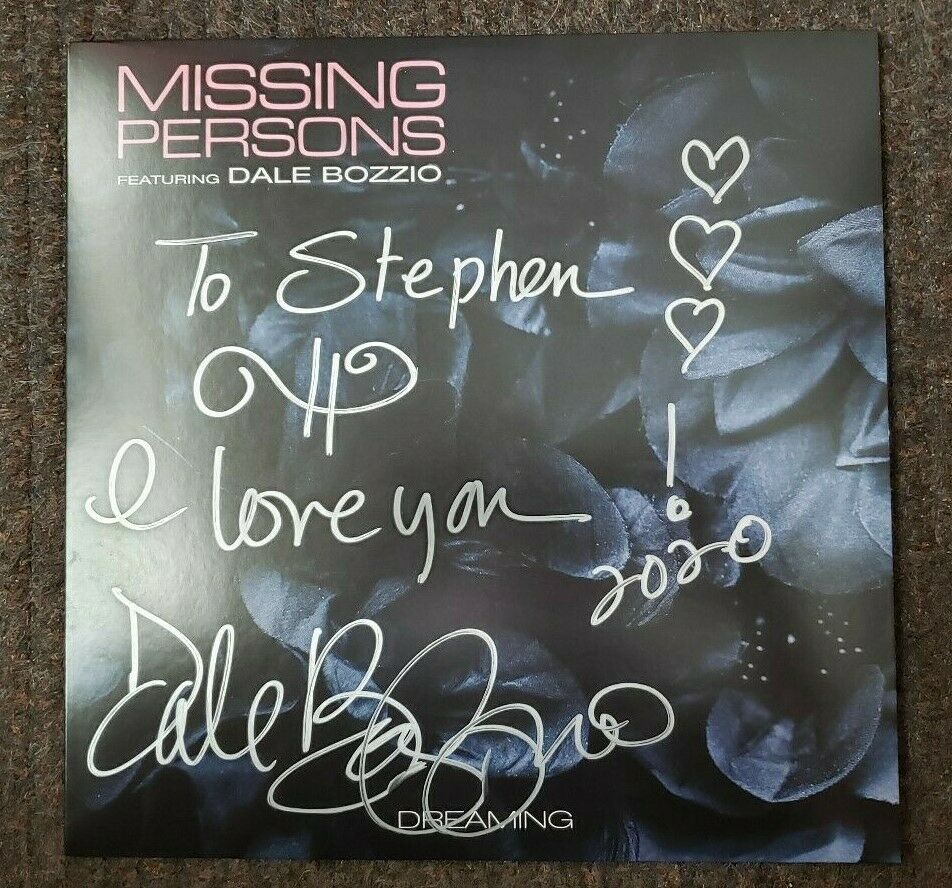 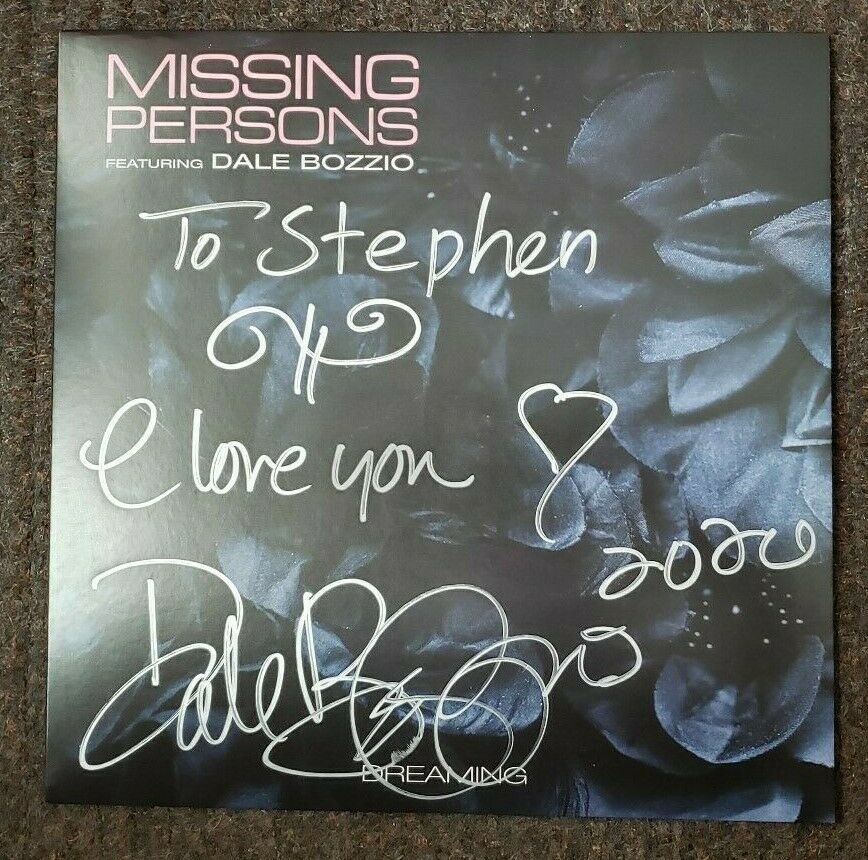 The beauty and the love that Dale has for her fans, her music and for life itself

is so simply amazing.  She is as beautiful as a person inside as she is outside.

So incredibly generous to me, and equally to what I can see, all of her fans.

I simply love this woman so much and enjoy seeing her band again and again.

I have such a tremendous admiration for Dale.

She expresses only the best of love, hope and happiness from that stage.

Equally, is her band.  Such incredible talent and musicianship.  They absolutely JAM!

With COVID almost a thing of the past and vaccinations in arm, concerts began to open

One of the first concerts I went to was MISSING PERSONS at:

with her high pitch sounds and vocalization. The band however was and is

simply amazing.  An incredible amount of energy put forth by Andy, Prescott, Karl and Fred is so energetic and powerful. I cannot even begin to describe how good her band is.  I simply love seeing ’em again and again. Each, is as good as the other.!!!!! 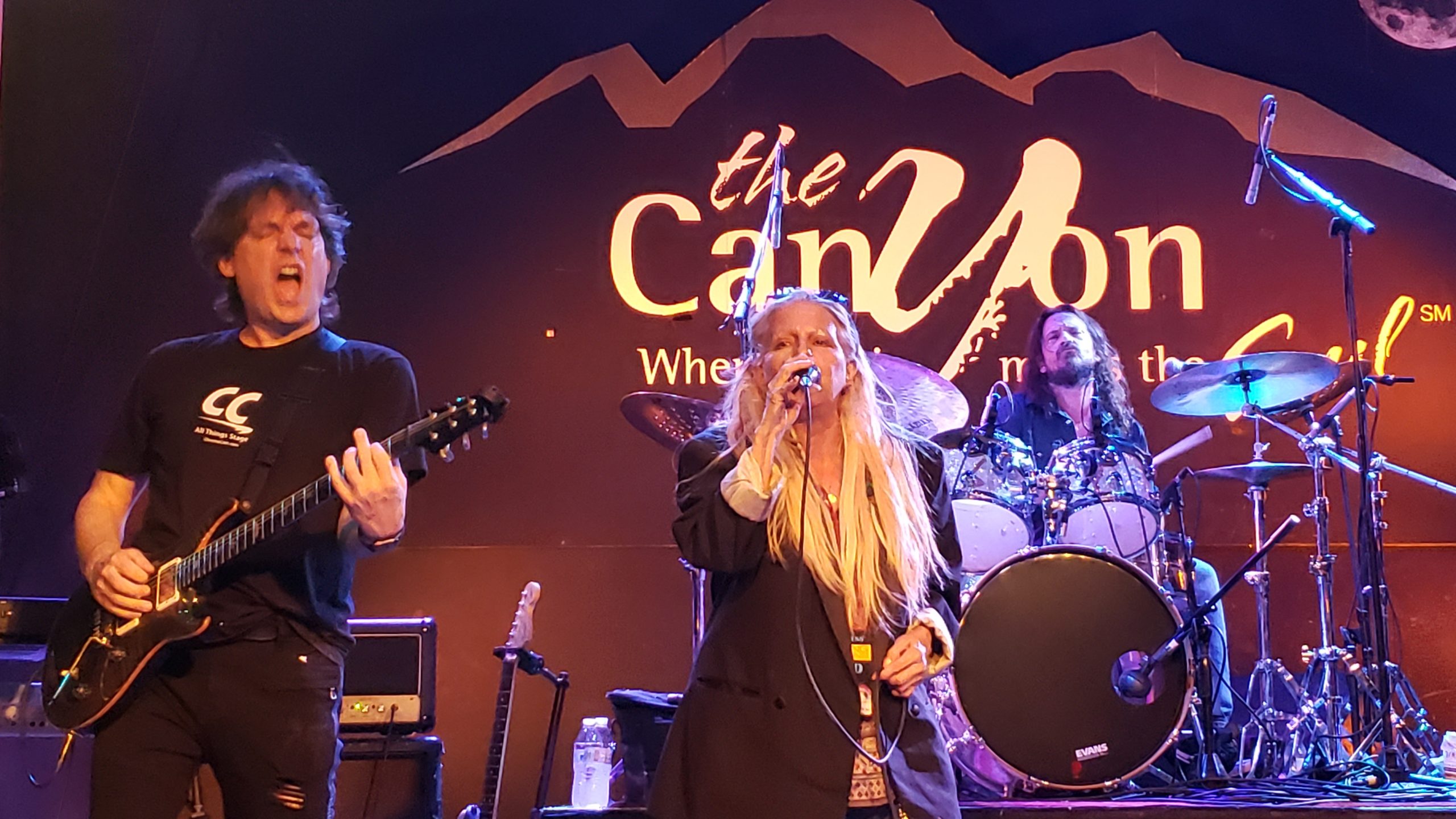 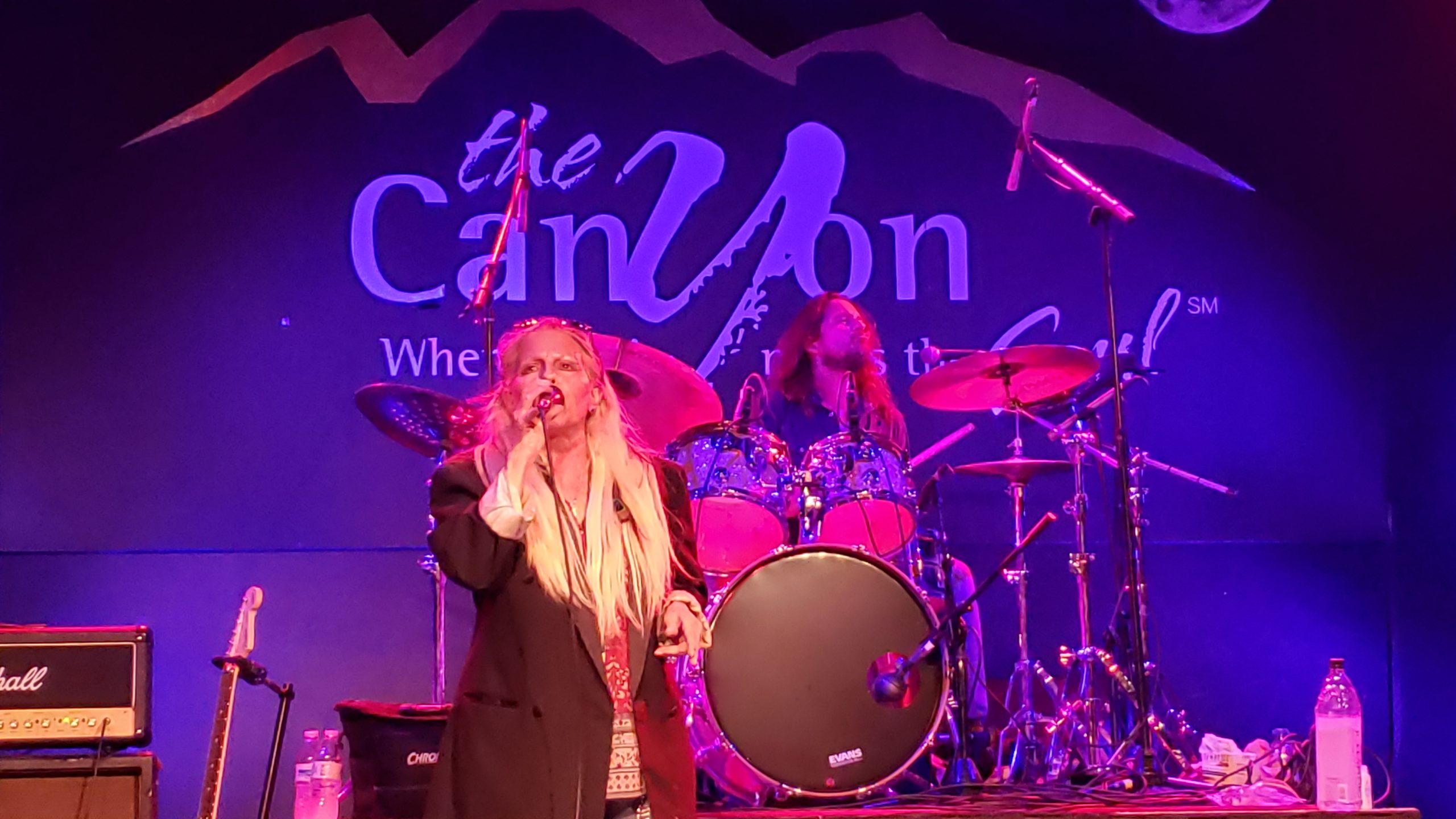 BOTH the above pictures are from The Cayon Club/Agoura Hills July 9, 2021. 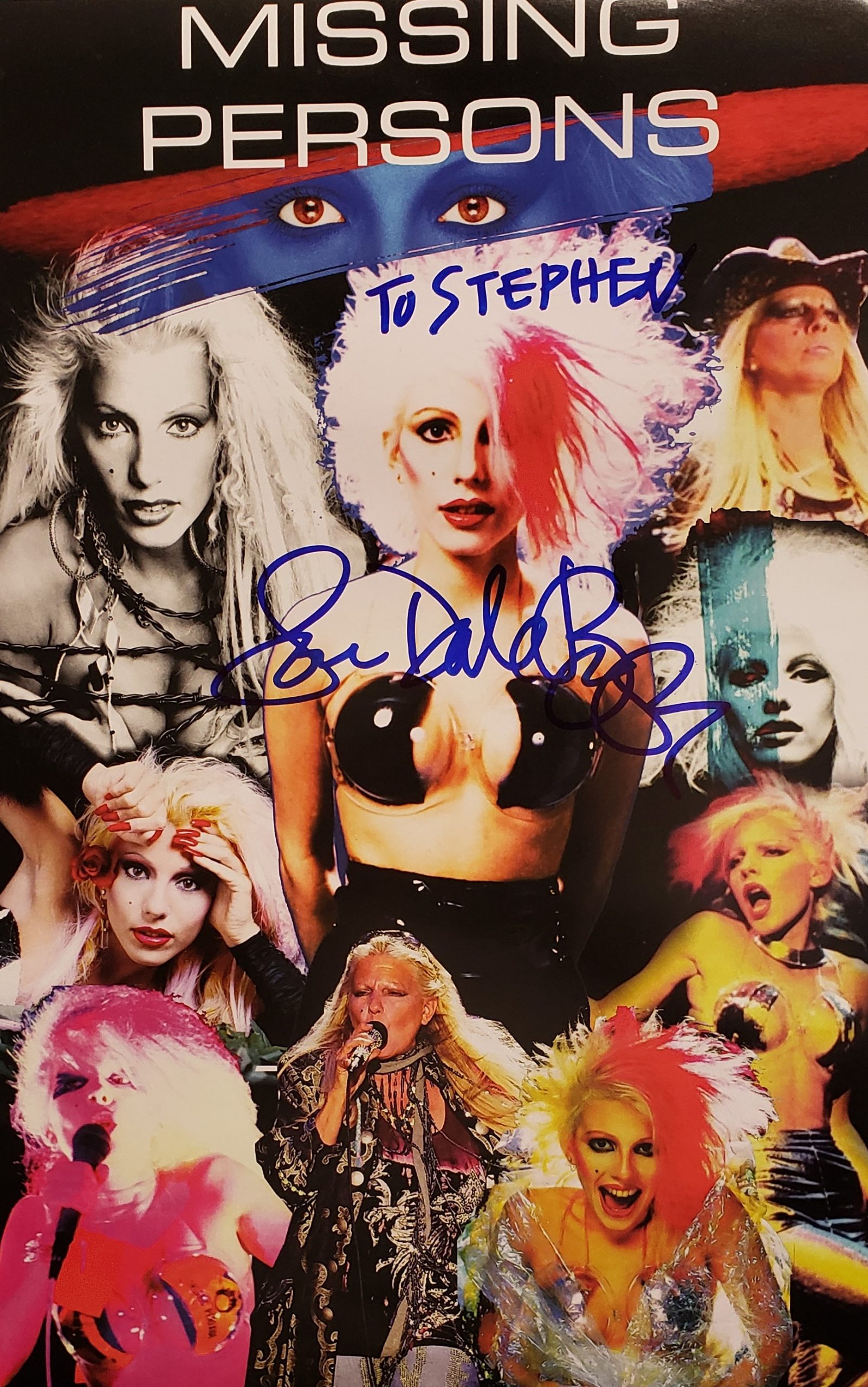 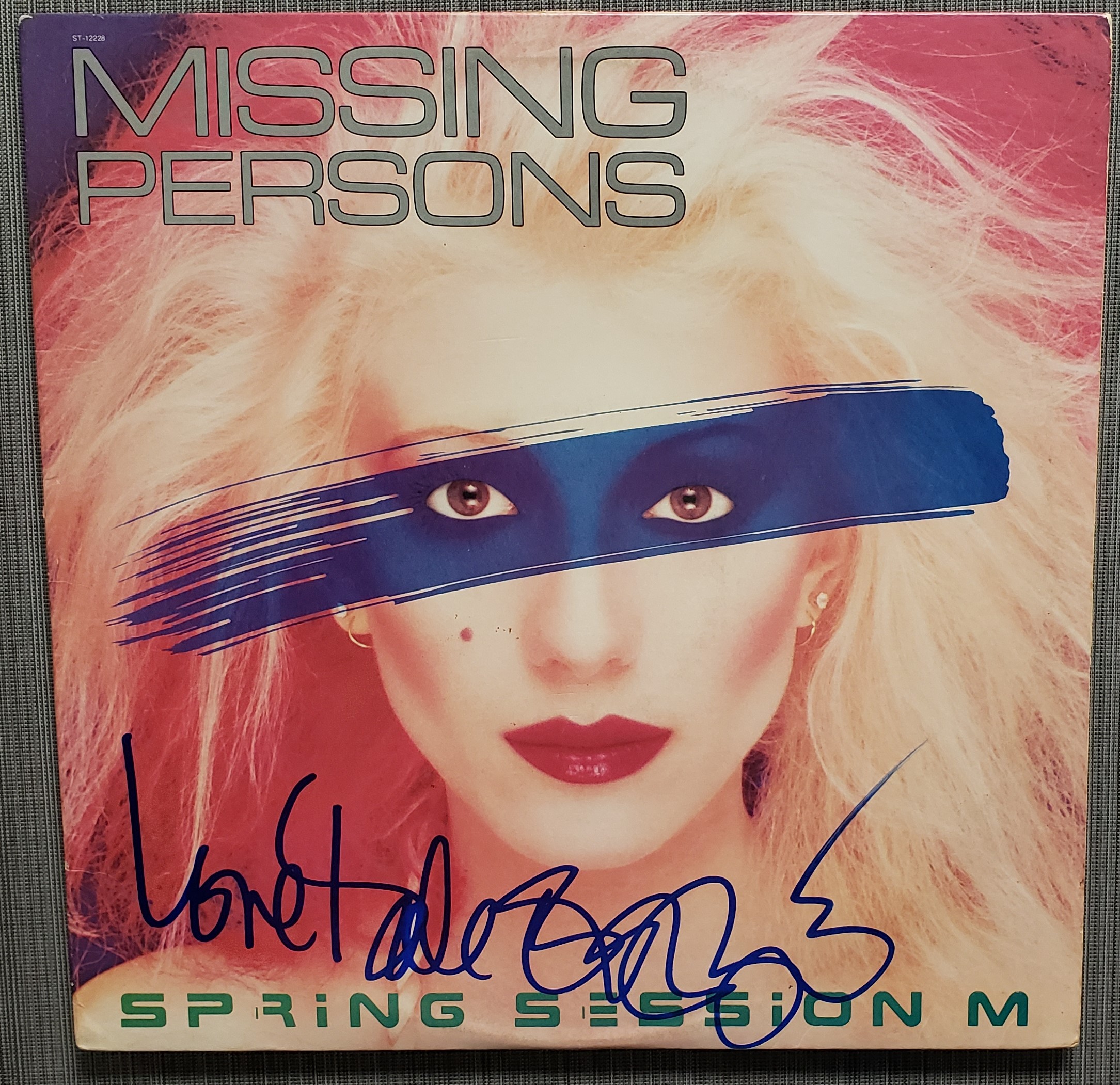 The ALWAYS very generous and takes her time and care in signing, …….always. 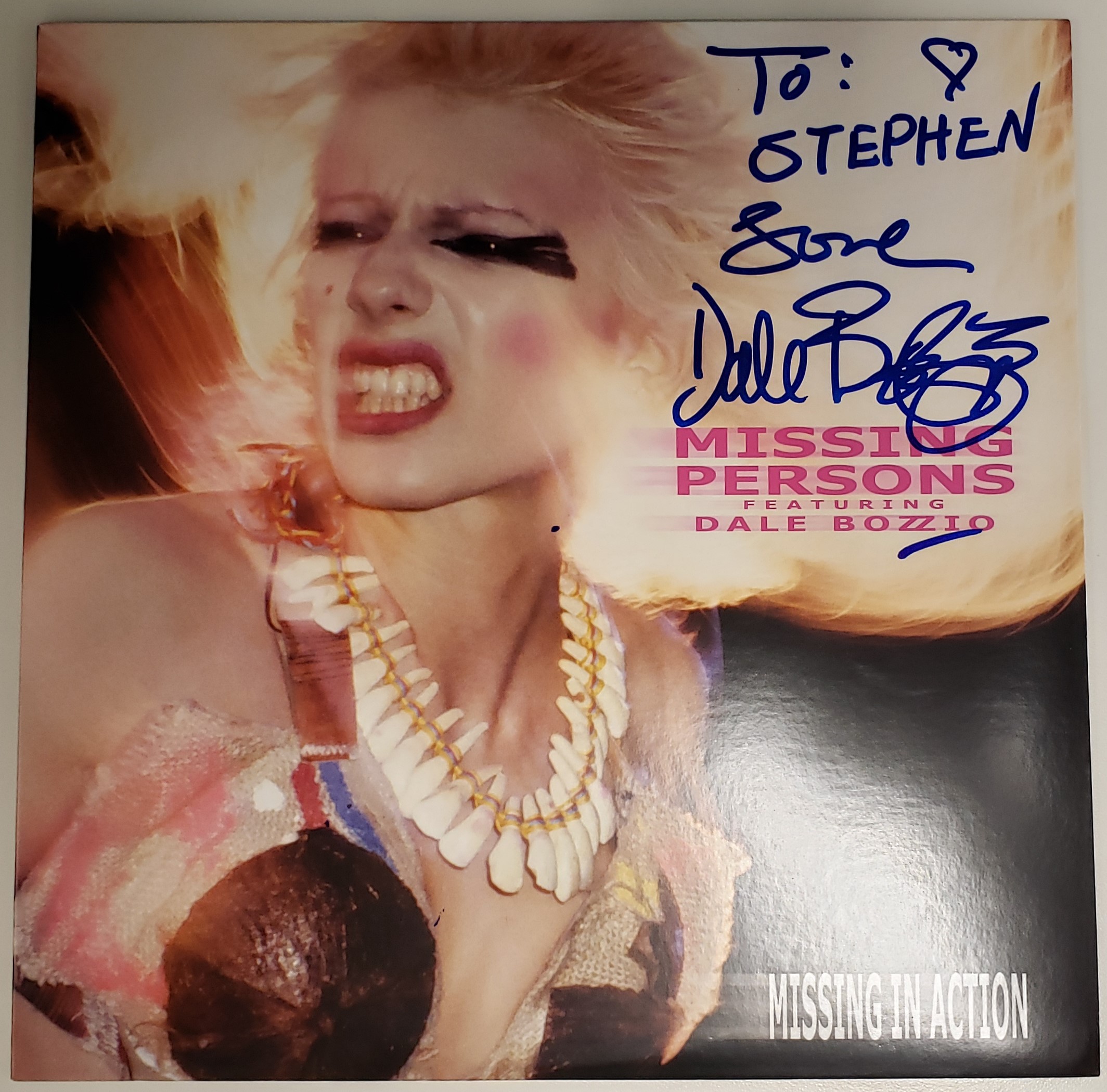 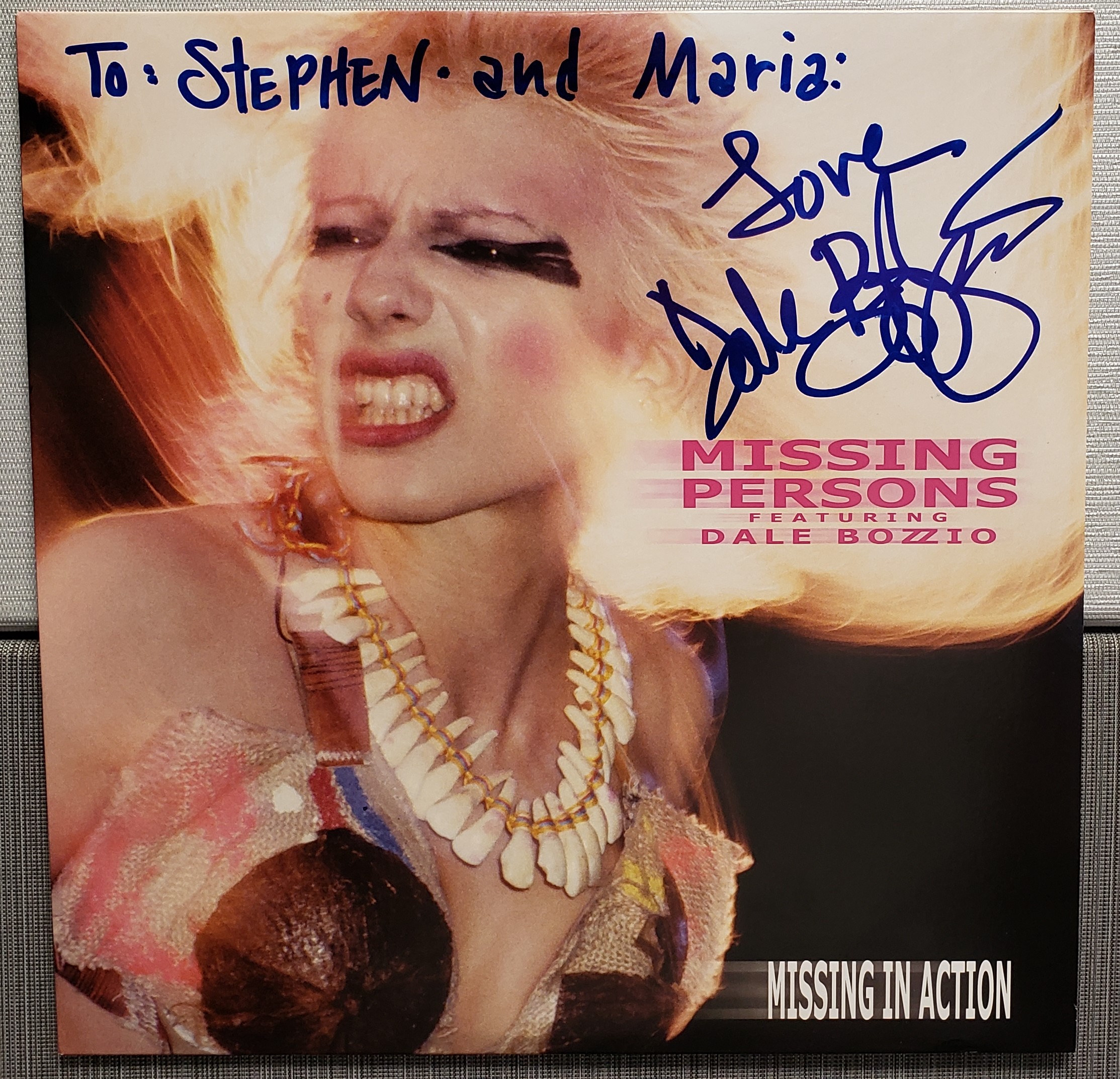 It was as this point after the July 9, 2021 concert is Agoura Hills,

Meet and Greet and signing with her fans, that the bands manager noticed that I had two of the

same “Missing In Action” albums to which he stated to me rather pompously,

To upon hearing this I turned to him and said, “REALLY?”, “Is that what you think?.

Here is this man who does not in any way know me from anyone else, never met him, never had he and I spoke, yet, this is how he greeted me (and my wife standing next to me).

July 2021 mini your as so my wife and I can enjoy a fun evening out with a band that we really enjoy. He further has no idea that I live in the Corona area of Riverside County and drove though 3 counties and the estimated 72 miles through Southern California traffic to get to tonight’s event. Further and tastefully worse, paying for the second of what will be 3 shows over $110.00 for two of what they seem to call “meal’s” at these venues. Yes gas is $4.00++ a gallon too out in Riverside County, Mr. Manager.

However within his comment, I am seemingly going to make it all back by selling one album on

Ebay(??)  How narrow minded clownish to assume such ridiculousness when this man

has never spoke to me ever before. That’s NOT how you greet the fans.

(If he had simply and respectfully asked, I will of gladly told him my intentions.

and proudly I would of given him my card and invite him to visit my website).

I FEEL A BIT SILLY FOR EVEN HAVING TO EXPLAIN MYSELF, BUT HERE IT IS:

As far as the albums, this “manager” further has no idea how incredibly hard it is to find brand new unopened Missing Persons albums. I purchased both of these albums from a vendor in Germany, paid the price of the album/s and to have them shipped to me, and am damn lucky to have found them. These albums are long out of print. I intended (and did) give one album to Dale on July 31st in San Juan Capistrano and was proud to hand her as nice as I could find album (it was brand new), and (yes) then keep the signed ones for myself, than hand her some beat to hell torn or dirty second hand 30 year old album. I deserve that as her fan, and she deserves it as the artist. She was so excited and jazzed to receive the album from me. The feeling she expressed of thanks is priceless. Absolutely made the entire process and time it took of purchasing these albums so well worth it.

(Yes I get it; there are a flood of “fake fans” who sell well intended signed items from a generous artist.

However, he was in no position to assume such, minutes away from I as a fan to meet an artists

who I fully admire and go out of my way to support. Instead, he should of been thanking

By the way, my final response to the band/clown manager in Agoura Hills was:

“if it makes you feel better, Dale can sign both these albums to myself

and my wife and my three kids……

…….Will that make you feel a bit better?” 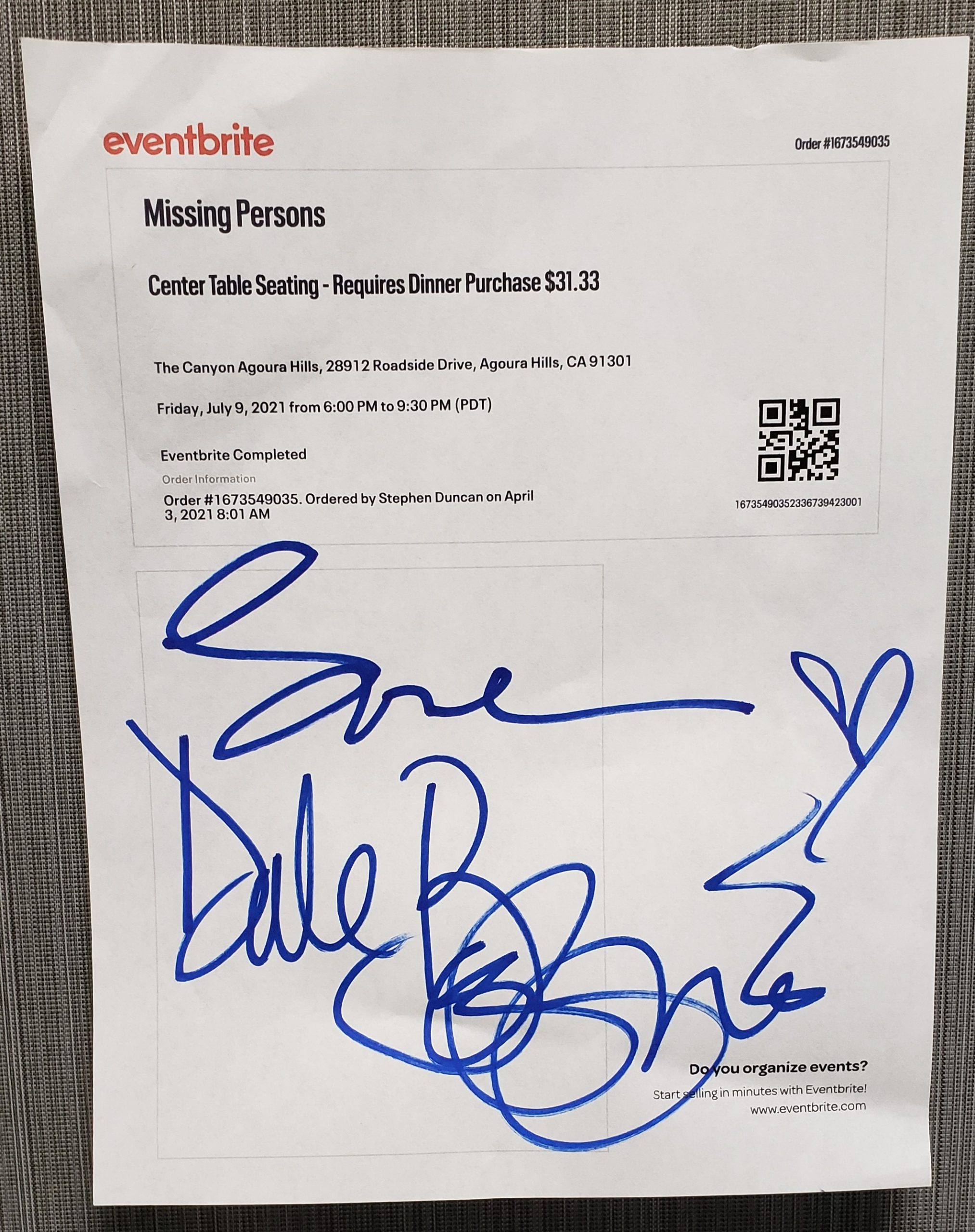 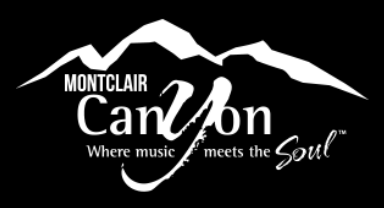 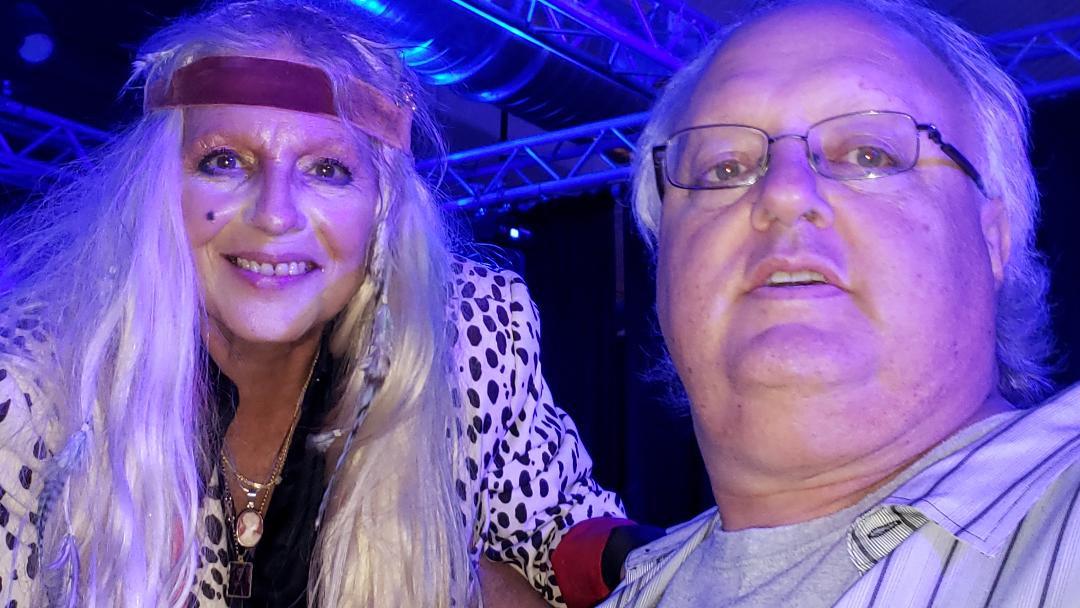 Dale and her band are simply amazing.

(and so many other fans) these shows of such enjoyment.